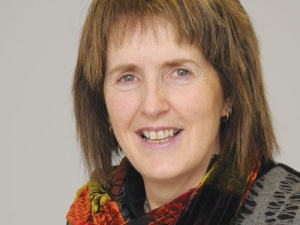 NZLocums, A recruitment division of the NZ Rural General Practice Network, has placed its first nurse practitioner in a permanent role in a New Zealand rural general practice.

Nurse practitioners have master's degrees and must go through an extensive assessment by the Nursing Council. They can do a wider range of duties than other nurses, including some diagnosis and prescribing of medicines.

Under the NZLocums appointment, nurse practitioner Rachael Pretorius began work at Martinborough Health Services in southern Wairarapa in August. She holds a Masters of Nursing and qualified as a nurse practitioner primary care with prescribing in 2014.

Pretorius says she loves working in the rural setting which is a world away from the fast-paced Auckland practice where she was previously employed and offers a completely different sort of medicine.

NZLocums has a government contract to fill rural locum positions and for several years has been able to place a nurse practitioner in a long term position, Hansen says.

The Government announced recently an extra $846,000 to train 20 more nursing practitioners in 2016 including more support in mentoring and placement. The extra money also "makes a clear statement to the sector that the Government is serious about this scope of practice and sees it as a solution to the problem of providing health care in rural areas," says Hansen.

She hopes some of those trained will be attracted to the rural sector which could probably take all the nurse practitioners it could get. The Rural General Practice Network's role is in supporting people to find placements in the rural sector.

"With nursing practitioners the community gets a higher level of nursing care than before. They get a nurse who works with them with their concerns in mind and who can diagnose and prescribe."

Having a nursing practitioner in a practice can enable a GP to specialise and take their medical care to a different level. "They are not so bogged down; they don't have to do absolutely everything in the practice anymore if they are working with nurse practitioners.

"That's a huge advantage. There's a real sharing of providing care. From a nurses' point of view it enables us to work more autonomously and see through some of the issues we might be dealing with for the patients."

Nurses in general in rural areas are often "embedded" in the community and can be the "glue" in a practice which may have had trouble attracting a permanent GP and seen locum doctors come and go.

The emergence of nurse practitioners has taken some people by surprise, says Hansen.

"People in the community and medical practitioner specialists weren't sure what to make of it initially but I think we are coming of age with that and people are understanding how these professions work together.

"Those who have experienced working with nurse practitioners don't want to step back in time.

"When I first started it was quite difficult. People didn't think I could do what I do. Now there are other doctors in the area who don't have nurse practitioners working with them who want them.

"So they are saying if there are others coming into the area we will employ them, so that has been a huge change. The first 10 years have been ground breaking for all of us."

As an example of how a nurse practitioner works, Hansen says she can work with a patient diagnosed with a cancer. "I can work with them as they go through that process of diagnosis, refer them on for treatment and when they come back into the practice I
can work with them to determine what level of care they need. I can prescribe the medication they need for their journey.

"That doesn't mean I would prescribe chemotherapy but I can prescribe the pain relief and adjunctive therapy they might need, for example if they've got a blood pressure issue alongside it. I can work with the family and help support them through the process as well. That is everyday work for us.

"Nurses like making a difference and that's why we are in it. We like walking beside people and supporting them in ways they might need supporting. It is about developing relationships with people in their communities and the rural sector offers that in a unique way."