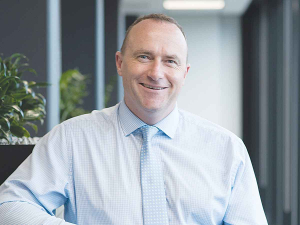 OPINION: I'm delighted to say that all of the indicators suggest that we’re doing very well in our fight against Mycoplasma bovis. But how do we know?

The M. bovis programme has several measures in place that tell us how we’re going.

From this number we get a very strong indication of whether we’re winning the war or not. If the EDR is greater than one, then the disease is growing. If it’s below one, we’re shrinking the disease.

The EDR is well below one at 0.4 – down from over two at the start of the outbreak.

I know people get concerned that the number of confirmed cases is increasing. However, what’s important is that we’re finding fewer infected herds, despite looking harder. For example, we now check milk samples through Bulk Tank Milk surveillance and we’ve launched a National Beef Survey.

What else gives us confidence?

We continue to analyse the genetics of M. bovis from confirmed cases. Only one strain has been identified – that tells us we’ve only had one incursion. All infected properties are linked to the single source of the outbreak. The measures give us confidence the disease is not widespread in New Zealand’s cattle population.

Another question asked recently is why we’ve gone beyond the original estimate of culling 150,000 cattle (currently 153,546). Because, as the first country to do this, we didn’t have a blueprint we could work from. The original number was the best estimate at the time.

It’s also useful to put that number in context. One hundred and fifty thousand animals over three years is approximately 1% of the cattle that would be culled from the national herd as part of routine dairy culling and meat processing.

That is not meant to diminish the trauma and stress that individual farmers go through.

As the son of a dairy farmer that built his herd from scratch, I feel for them. However, as someone who’s dealt with this disease overseas, I’ve seen first-hand what happens in an outbreak – incurable mastitis and seemingly healthy calves dying overnight – and I wouldn’t want New Zealand farmers having to deal with that into the future.

So what’s next? Launched in 2018, as an industry-government partnership, this is a 10-year phased programme to eradicate M. bovis from New Zealand, reduce the effects on farmers, and to leave a stronger biosecurity system.

The current focus is on finding and eliminating the disease. The delimiting phase is expected to end in 2021. After that, background surveillance testing will continue for approximately seven years.

International epidemiology experts Ausvet recently analysed our surveillance programme and found that, following delimiting, the surveillance elements we have in place will provide the building blocks to give assurance that M. bovis is absent from our country.

The programme’s current ELISA and PCR testing regime is really good for this stage of the eradication, but it will be further strengthened by new diagnostics research that we’ve commissioned.

Following a request for proposals that went out around the world, multiple diagnostic research projects are also in the pipeline. These will look to improve our ability to detect M. bovis when the disease is less prevalent.

Overall, up to $30 million has been set aside for priority science to help accelerate eradication of M. bovis and prevent another incursion. We’re investing that money in areas identified as priorities by experts, including vets, scientists, industry and government.

The research includes projects to better understand how the disease spreads under different New Zealand farming systems, and the social and economic impacts of the eradication on farmers and rural communities.

Being first isn’t always easy. However, I want to assure you that we’re confronting the challenge of being the first country in the world to eradicate Mycoplasma bovis with the best science and people – and, we are winning.