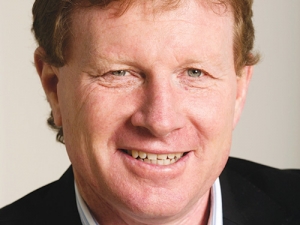 Wilson says 75% is "a big number" but is achievable.

"We held over 400 farmer meetings and had really good farmer engagement," he told Rural News online.

Fonterra today released its final proposal on governance and representation; it is sticking with the draft proposal for an 11-member board, down from the current board of 13 (nine farmer directors and four independents).

However, seven of the 11 directors will be farmer-elected and four appointed. An earlier proposal, released in April, recommended six farmer directors, three independents and two "hybrids", who could be either elected or appointed.

Farmer shareholders told Fonterra they wanted a strong majority of farmer-elected directors and expressed concern how the hybrid seats would be filled.

He says Fonterra had a good look around the world at similar sized companies.

"In Australia, similar companies have big boards and co-ops around the world tend to have even larger boards."
Wilson acknowledges that not all farmers will be happy with the proposal.

But he is confident farmers will look at the proposal as "a total package".

The co-op has also brought forward the review of the Shareholders Council by 12 months.

Fonterra will hold its special meeting in Hamilton on June 10.

Wilson and board members will hold another round of farmer meetings over the next two weeks to brief shareholders and garner support.