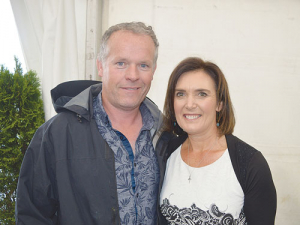 Fonterra is dropping a target to achieve 30 billion litres of milk volume by 2025.

In 2012, Spierings unveiled its V3 strategy involving “volume, value, and velocity” aimed at increasing milk production volumes to ensure Fonterra maintains its share of the growing dairy market, driving more value from its milk through higher-value products, and doing so at speed.

Hurrell told Fonterra’s annual general meeting last week that when he took over a few months ago, he promised to take stock of the business, get the basics right and ensure more realistic forecasting.

“We have dropped our volume-based ambition,” he told about 400 farmers at the AGM held at its Lichfield plant in South Waikato.

“Our ambition to achieve $35 billion in revenue from 30 billion LMEs (liquid milk equivalent) by 2025 created confusion because it places too much emphasis on volume.

“Our co-op is not about being big for the sake of it.

“We’re about creating value for our farmers, our unitholders and for NZ. That doesn’t change.”

Hurrell also spoke of the need to maximise the NZ milk pool and not creating volume through farm developments around the world.

“When we shifted to talking about off-shore milk pools, we also created confusion.

“The concept of global milk pools can sound like we are creating volume through farm developments around the world.

“This is not what we are doing; I think it is important to clarify this.”

Hurrell says Fonterra’s approach has always been to generate global demand for its full suite of NZ-made products.

Hurrell says Fonterra has long-standing relationships with farmers in Australia and Chile.

“These allow us to make products locally, meet demand in overseas markets and take advantage of any lower tariffs that may exist. “This continues to be the right approach.”