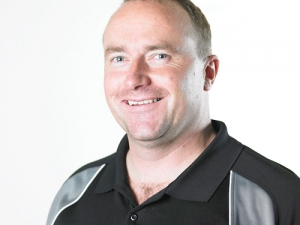 This is revised down from DairyNZ's previously proposed 5% rule because this overestimated the response from the feed, says Roche in his paper 'Resilient farming systems – surviving volatility'.

Roche told Dairy News that the cost of supplementary feed has represented a major change in the cost of production over the last decade.

Analysis in UK, Ireland and New Zealand to determine associations between feeding and cost of production indicate that for every 1c spent on feed, operating expenses increase by 1.3 to 1.6c, the paper says.

"This means that 1kg of supplement must be purchased for considerably less than the value of the milk it produces," Roche and Horan say in the paper.

However, recent farm systems analyses indicate that onfarm responses are only two-thirds of those achieved in research experiments (~55 g MS/kg DM)."

DairyNZ proposed a '5% rule' to help farmers decide about supplementary feeding: to be profitable, feeds needed to be bought for no more than 5% of the milk price.

"This rule accounts for the increase in non-feed costs, but assumes a response of 80g milksolids/kg DM, 50% greater than the estimated response on the average dairy farm."

If instead the average milksolids response achieved onfarm is used, then the breakeven cost of feed is actually 3.5% of milk price. This means:

at a $6 milk price, supplements must be bought for no more than 21c/kg DM,

Roche says it is also important to consider the amount of supplement the farm system depends upon.

In analysing the requirement for supplement – the risk of exposure to economic forces external to the farmgate – they proposed to limit the use of supplements to no more than 500kg DM/cow.