Three assets up for review at Fonterra 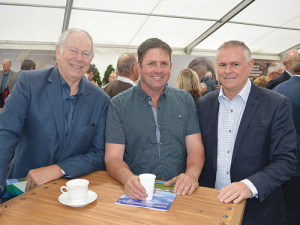 They include the loss-making investment in Chinese baby food maker Beingmate and two value-added investments.

Monaghan says at this stage nothing is off the table; divestment in full or part.

He told the Fonterra AGM in Lichfield last week that a decision and completion of transaction on each investment will be completed this financial year.

On Beingmate, Monaghan says Fonterra staff in China took over the management of the Anmum e-commerce channel from Beingmate in May this year. In that six months Anmum sales grew 43% over the same period last year.

The co-op has appointed Goldman Sachs to review its shareholding in Beingmate and changes to the deal involving its Darnum plant in Victoria, Australia.

Monaghan says the second phase of the review involves the co-op’s full portfolio.

“We are taking stock of our co-op, assessing our investments, major assets and partnerships against our strategy and target return on capital.”

Monaghan insisted Fonterra was not holding a fire-sale.

“We are taking a clinical look across our business. There are no sacred cows and there’s no room for being sentimental.”

The third stage of the review will include exiting certain investments no longer core to the co-op’s strategy, reallocating capital to new or existing ventures or reducing debt.

Monaghan says the board has some tough decisions to make.

He assured shareholders that the board would be transparent to them.

“We’ll keep you up to date with our progress where it is commercially viable and at all times show respect for your capital that we have invested on your behalf.”

Fonterra is working to reduce its financial year-end debt by at least $800m.

“We are reviewing all discretionary initiatives in the pipeline and challenging all spending to help us achieve this.”