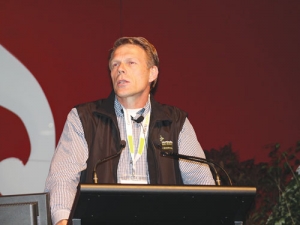 South Auckland unemployed people have been bused to Hawkes Bay to work in orchards as part of a pilot RSE (recognised seasonal employer) scheme for New Zealanders.

“We are looking at partnering with the Ministry for Social Development and Work and Income to look at opportunities,” he told Rural News.

“We do it really well with migrant workers; they are transported in teams and are housed and work in teams. Work and Income seems to think that model that can work in NZ.

“Certain regions have made variations to it, bringing in people during the peak last season. They didn’t prepare themselves well and we will do it better this season,” van Beek explains.

“They struggle to live and work together for long periods. But it can be done; we’ve seen it done. I’m not saying the industry is sceptical; we want to make it work.”

The recruitment and selection is done by Work and Income and then a group usually comes to the worksite. Even if it’s Auckland to Hawkes Bay they will come to Hawkes Bay for a day.

“The recruits can see what they will be in for – where they’ll be living, what they’ll be doing, and meeting the employer and staff. They go back home again and a final selection will be done because it won’t be everyone’s cup of tea,” he adds.

“Then they will come to the region when the work starts and begin working with the employer. Generally there is [7-10 days] training involved. There will top-ups to make sure minimum wages are achieved. If they work in a packhouse they get minimum wage plus.  If they work in the field, where we are desperately short of workers, particularly in Hawkes Bay and Central Otago, they struggle somewhat because that is hard-graft work.

“The migrant workers work on piecemeal so they get paid for what they do and they generally earn well above minimum wages,” van Beek told Rural News.

“New Zealanders, unfortunately, are generally not productive enough to actually make the minimum wage. So the grower has to top them up because by law we have to pay the minimum wage. So it’s a real issue. Generally in situations where the work is done hourly, the scheme can work.

“However there are some issues with continuity, attendance and general life skills. We as an industry would like to see more work done in the life skill area so that before these [NZ] workers come to work in our industry they are drug- and alcohol-free, have a good understanding of the work programme and patterns – six days work a week – and have all their affairs in place. NZers have issues in that area and we try to help them. Generally by giving them regular work and income some of those issues will disappear.”

So far, van Beek says, about 250 people have been involved, with some good results and some very poor results.

“It’s a pilot so it’s a chance learn what works and what doesn’t work. If it doesn’t work, why doesn’t it work? Then we fix it or move on and do something else.”

He says the industry is also talking about opportunities presented by the Auckland housing situation. Perhaps whole families could move from Auckland to Hawkes Bay where husband and wife can both work for the employer. Housing is a quarter of the price and schooling is freely available. “There’s a whole lot pluses. That’s a way of attracting people to the industry and there are lots of benefits if they come.”

The New Zealand RSE scheme started in January and the industry was told by the Ministry for Social Development that if they wanted more migrant workers they had to do the scheme for NZers also.

On your behalf: RSE scheme is here to stay

At the recent RSE Conference in Nelson, the Minister of Immigration, Kris Faafoi, repeated the Government’s commitment to the scheme, and recognised the important role thousands of Pacific Island workers play across the vital seasonal tasks for the horticulture and wine industries.

The Recognised Seasonal Employer scheme faces three strategic risk areas, according to a two year study assessing the impacts of the migration programme.