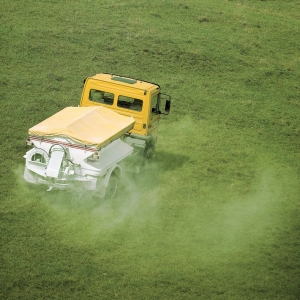 Is it worth applying nitrogen fertiliser to speed pasture recovery post drought?

“The issue is how long has it been dry and whether there’s enough nitrogen [in the ground] to get that initial response,” AgResearch’s David Stephens said.

If there is enough N in the ground, grass will grow 450kgDM/ha from 15mm of rain, a 30:1 response. If there isn’t, the growth from that moisture may be halved.

Whether the response to fertiliser would be economic would “depend on how desperate [for feed] you are,” he added.

“It’s a tricky one because you don’t know how much is going to be released from the soil. It really is quite variable. In general if you’re desperate for feed you put it on because by the time you see it’s needed it’s too late.”

If nitrogen fertiliser is applied it’s imperative to wait at least three weeks, preferably four, for pasture to use it. Grazing sooner risks nitrate poisoning and curtailing the plant’s growth response.