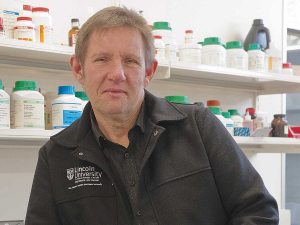 NZIAHS president Jon Hickford says scientists are getting hot under the collar over the way regenerative agriculture was being uncritically embraced.

Hickford, a professor at Lincoln University, was commenting on the release of a special edition of the NZIAHS magazine AgScience, in which several prominent scientists pull no punches in examining the claims of regenerative agriculture.

He told Rural News scientists were getting hot under the collar over the way regenerative agriculture was being uncritically embraced.

"For some time, we have been disquieted by the ballyhoo in support of regenerative agriculture in the absence of scientific studies into the implications of applying these practices to farm practices in this country," Hickford told Rural News.

"A sound evidence base is needed to test and confirm what works in New Zealand soils, climates, and farming systems."

He says Regen Ag was becoming a political issue, with the central plank of Green Party agriculture policy for New Zealand to go entirely into regenerative agriculture. Hickford says it is also coming through in Labour Party - and thus Government - policy, with "money starting to be thrown at it".

"I'd gladly give a dollar to find out what their definition of regenerative agriculture is," he adds. "There is no definition."

But he claims that inherent in the term is the suggestion that our current systems must be damaged and in need of regeneration.

"Actually, what we're doing is pretty good. We could do a little bit better here, and maybe a bit more there, but the system's not broken and we don't need the latest fad from America."

Hickford says the special edition of AgScience examines regenerative agriculture in ways that were comprehensive and based on “good old-fashioned, boring science”.

“As the more outrageous claims are made by the regenerative agriculture fraternity we can say ‘well, actually the science doesn’t support that’.”

Hickford says a key argument of regenerative agriculture appeared to be a belief that we needed to get a lot more carbon into our soil.

But says it is “untrue” that most of our soils are depleted in carbon and there was “not a lot of evidence” that changing to regenerative systems would improve things.

“It (Regen Ag) seems to be promoted as a pan acea but there was no magic regenerative off-the-shelf product or process,” Hickford adds.

He says while American agriculture is having to go back to pastoralism to repair depleted soils, a lot of New Zealand farmers were already doing regenerative practices.

“We are not disturbing the soil anything like as much as in some other parts of the world.”

In his conclusion, to the AgScience publication, Hickford says there was probably a place for regenerative agriculture.

“If it is accepted as a defined system, then that system must be auditable, with clear evidence provided of benefit, be it in food quality, environmental impact or profitability,” he explains.

“Wishing your system to be better is not enough, because it must be demonstrably and reliably better.”

A number of regen ag claims questioned by experts

The publication of the AgScience special edition coincided with a MPI call for proposals for projects to investigate regenerative farming practices, to be funded through its Sustainable Food & Fibre Futures co-investment fund (SFFF), which Hickford says couldn’t come soon enough.

Among the contributors to the special edition are:

The Lincoln University Demonstration Dairy Farm (LUDF) is looking to cut staff numbers as it adopts a new “lean” system in an effort to cut costs and maintain its place as a leader of the industry.