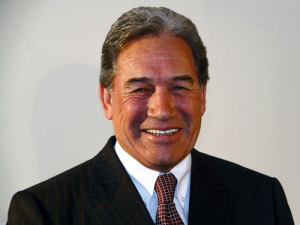 The internet is awash with farmers furious at Winston Peters’ decision to back a New Zealand First/Labour coalition.

This morning, Federated Farmers congratulated Jacinda Ardern and coalition partners, and announced they are ready to engage and work with the new coalition government. President Katie Milne said it’s time to cast aside the division that fuelled the election campaign and remember that the country’s future prosperity and economic health depended on sharing a common ground. She encouraged farmers to look ahead with a positive outlook.

Whilst many farmers echoed Feds' move to work together, including Dairy Women’s Network Trustee and DairyNZ Chair Tracy Brown, who tweeted “Farmers are New Zealanders too & we all want good outcomes!”, many farmers see what’s ahead as anything but positive.

Ian Healey wrote on Rural News’ Facebook “We are #@#@## now two Muppets together.” Mark Wilson added “Either way he went we were all going to be losers ! But this is going to be a train wreak”. Shirene Mosaed Heffer said “We are in for a rough ride.”

Amongst the majority negative reactions, many famers brought up the issue of MMP no longer being a suitable system for New Zealand’s democracy. “What a crap system that let this happen the way it did. The party with highest % should lead any coalition discussion!” wrote Christine Frost on Dairy News’ Facebook. Chanelle (@Chandy229) tweeted “I want a referendum on MMP ASAP”.

Rural News Group will be monitoring the new coalition government closely over the coming months and how it will affect farmers. Let us know what you think. Tweet us @Rural_News or @Dairy_News, or contact us here.