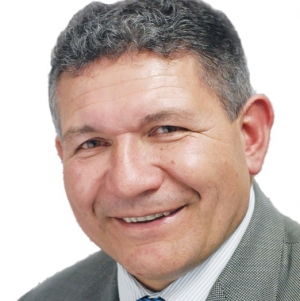 “Wayne has been a driving force in developing NZIPIM’s new strategic plan and instrumental in its implementation,” says Collier, who says there’s an increasing need for NZIPIM and its members to play a leadership role within the primary industry, within and beyond the farm gate.

“This includes positioning our farmers and growers to capture global market opportunities and ensure we have a highly profitable primary sector to levels New Zealand formerly enjoyed as one of the best standards of living in the OECD.”

It’s aim is to promote excellence in primary industry through professional standards, conduct, recognition and continuous professional development of members, and promoting and encouraging people into primary industry careers. Its annual conference is at Lincoln August 5-7. See www.nzipim.co.nz.

Collier is a B.AgSci graduate of Lincoln who joined MAF in 1985 as a farm advisory officer then founded AgFirst group in 1995.

His client base includes many substantial Maori farming operations. In 2012 he completed a Food and Agribusiness Market Experience (FAME) programme including a study tour of China.

Farmers may soon expect to get better advice from dairy farm consultants, says the NZ Institute for Primary Industries Management (NZIPIM), which launched a certification scheme last week at its annual conference in Ashburton.