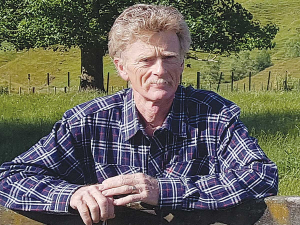 Former US President Reagan's words to Soviet President Mikhail Gorbachev are now chiseled into history. Standing in Berlin before the wall that had divided East and West Germany for nearly 30 years, Reagan challenged Gorbachev with these words: "Mr Gorbachev, tear down this wall."

I well remember countries like Romania breaking off their shackles and getting their liberty back. Nicolae and Elena Ceausecu had ruled Romania for something like 25 years and were finally overthrown December 1989. As is the usual with all despotic leaders, their secret police were widely feared, and for very good reasons!

What is it with despotic and tyrannical leaders like the Ceausescus, and a bunch of others like Mugabe in Zimbabwe, that readily comes to mind? Well, 'normal' for them is to plunder the economy for themselves, while their people live largely impoverished and threadbare lives.

Mugabe's wife Grace was known as "Gucci Grace" for good reason; her opulent lifestyle was widely reported. The Daily Mail published an article estimating the Mugabes' personal property empire at around 1 billion dollars!

The Ceausescus also lived in lavish luxury in their own private palace with hundreds of rooms. More than 2 million tons of white marble were used in the purpose-built palace,not to mention all the gold - even the bathroom taps were made of gold!

Here's the deal, or perhaps I should say something of an explanation to consider: All leaders like this have no love for their people, none at all. They don't love them, they lust them. Lust is so much more than just raging sexual desires. A couple of definitions here will prove to be helpful.

I can add in here also, love is easily satisfied, while lust is insatiable.

Idi Amin declared himself 'President for life' of Uganda back in January 1971. His net worth was soon estimated to be $100 million. He was also known as the "Butcher of Uganda." Think about it, you don't pick up a name like that because you love your nation and its people!

And on and on it goes... the same old, same old! It's not just a lust for the wealth of a nation either, there is also a huge lust for power right in the mix. Politics and the lust for power go hand-in-hand unfortunately. And in countries like ours it flies well below the radar and is much better camouflaged than in the examples I have offered above. It's the same lust for power, but in Bible speak, it's more like a "wolves in sheep's clothing" thing.

As I am putting my column together tonight at the kitchen table, we are in the middle of the Easter holiday season - it's Easter Sunday evening, in fact. For some it's been all about a long weekend, yet another holiday.

For many others, like me, around the world, it's all about so much more than a few days off, or chocolate rabbit and Easter eggs!

We remember our leader, who so fulfilled the love definition I have given above. His love, his "desire to benefit others even at the expense of self" is what we remember and celebrate. Truly a leader worth following.

Beware of politicians and their plans!

OPINION: Back in the early '90s, I felt privileged to be invited to visit the Republic of Nauru. With a total land area of 25 square kilometres and a population around 8,000 at the time, it was  - and still is - one of the remotest and smallest nations on the earth.