Next Steps in Governance Renewal 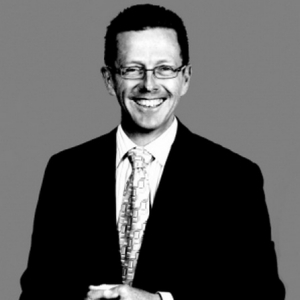 First, thanks to all those members who participated in the Governance referendum which was held online between 18 and 29 May.

Just over one-third of members voted and those members represented just over two-thirds of the total levy payment.

The result of the referendum was a strong endorsement of the proposals put forward by the Board. Support for the proposal was strong by both growers and wineries and within the small, medium and large sub-divisions within the winery and grower groupings. The highest level of support was found amongst the small wineries with 92.2% of small wineries who voted voting in favour of the proposal with those wineries representing 92.6% of the levy paid by voting small wineries. The lowest level of support was found amongst large growers, but even there 80.9% of large growers voted in favour of the proposal and those growers represented 76.5% of the levies paid by voting growers.

With the endorsement by members now in place, the Board is moving to act on the decision taken by members. At its June Board meeting the Board formally resolved to:

So it is now full steam ahead with implementation of the new governance structure.

Some of the detail of the next steps are still to be worked out, but the key steps are likely to incorporate the following.

In August this year the NZW Board will have two tasks, the first will be to sign off on the rules of the new NZW Incorporated Society. These have been largely agreed by the Board already, but they need to be given a final detailed assessment to ensure they comply with the proposal submitted to members.

Also in August the Board will need to sign off on the draft levy order that will be submitted to the vote of members in October. These levy orders will reflect the proposals presented to members e.g. payment of levies direct to NZW rather than through WINZ and NZGGC, eliminating the minimum payment for small wineries, capping the large winery payment at 20 million litres etc.

In October the proposed levy orders will be submitted to members for a vote. The vote will be conducted on line as was the recent governance referenda. There will in fact be two referenda – one for grape levy payers, and one for wine levy payers.

In November or December, presuming the levy votes are successful, the documentation for the proposed levies will be submitted to MPI. MPI will consider the information that they receive and it will then be up to the Minister to okay the levy orders.

Presuming the ministerial endorsement is received on 1 July 2016, the new NZ Winegrowers Incorporated will commence operations and the new levy orders will be in effect. At that time the assets of NZGGC and WINZ will be transferred to NZW. Also at this time the existing NZW Board will continue in office until the elections for the new Board are held.

Finally at some time in either 2016 or 2017, WINZ and NZGGC will be dissolved and NZW Inc will be the sole industry organisation.

So there is a lot of work to be completed in the coming months in order that we can have the unified industry organisation up and running on July 1 next year.

The critical point in that process will be levy order votes in October this year which will provide the funding for NZ Winegrowers.

Watch out for more detail on this in due course.

The 2019 New Zealand vintage was the third in a row that the industry produced less than the forecasted sales for the next 12 months.

Another New Year has begun and at least on the weather front appears to have started well with lots of warm, dry weather. Long may that continue!

Extracting value from the Strategic Review

By now most members should be well aware that the results from the recent Strategic Review have been delivered to New Zealand Winegrowers and are available to growers and wineries.

The New Zealand wine industry is busy planning for the up-coming vintage after taking into account the impact of the recent Kaikoura earthquake.