Personality of the year — Editorial 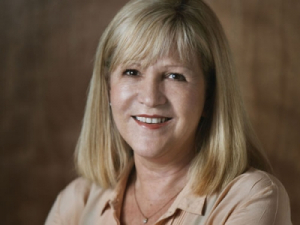 This annual award was instigated by the former editor of NZWinegrower magazine, back in the 1990s.

The aim was to acknowledge someone, or something that had made a significant impact on the New Zealand wine industry in the previous 12 months.

Some of the recipients of this have in the past been Lindauer Wine, Dr Mike Trought, Jim and Jeanette Goldwater, James Millton and the team behind the mechanical thinning project.

Often it involves a lot of discussion as to who or what should be acknowledged – but 2016 was slightly different. When NZW CEO Philip Gregan and I discussed what had been the most important aspects of this year, we both agreed on just one thing. The International Sauvignon Blanc Celebration 2016.

It was the first time our flagship wine had been celebrated in such a way. Which when you think how important this one variety is to New Zealand wine in terms of paving the way for all our other wine varieties, and its continued success on the world market in terms of exports, is surprising.

The Celebration not only attracted dozens of overseas trade and media, it also created an enviable amount of publicity for the variety and New Zealand’s world class production of it.

For example; there were 54 online articles on platforms - totaling 174 million unique visitors per month, there were over 4,000 tweets during the event, those 4,000 tweets reached 46 million timelines, the estimated print advertising value was $681,000, the circulation of those print articles was 2.3 million. Over 1 million viewers/listeners tuned in for one radio and two television segments, there were 58 new wine listings resulting from the ISBC and three retail/restaurant promotions.

The three-day event included a range of international guest speakers, from Matt Kramer to Oz Clarke, Robert Joseph to Jamie Goode. Workshops that ranged from Wine and Flavours to Sustainability and Organics and events that showed Marlborough at its best, from a garden party at historic Timara Lodge through to a train trip from Blenheim to Kekerungu for a Kiwiana beach party.

“ISBC was everything we wanted it to be and more,” Philip Gregan says. “The event made a tremendous statement about our regions and subregions, about our people, and about how they come together in our wines. The whole industry should be very proud of the success.”

So to the entire team behind the Sauvignon Blanc Celebration, we acknowledge your hard work, and the success you made of this inaugural event.

But we also acknowledge the Major Event Strategy that was presented to the Board of NZW back in 2014, which saw a 10-year plan instigated. It is that plan that led to the success of ISBC, and has had the NZW marketing team frantically working to organize next year’s major event Pinot Noir 2017. As you can see on Page 14, the hard work has continued by all involved.

Congrats, on behalf of everyone involved in the New Zealand wine scene, to 2016’s Personality of the Year – the International Sauvignon Blanc Celebration organisers.