Spare the fibre, spoil your season 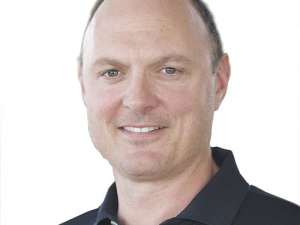 With dry off date just around the corner for the vast majority of spring calving herds, it is easy to assume the next few months leading up to spring presents an opportunity to relax and take a breather.

While most would agree that a holiday or some form of break is crucial for staff to recharge batteries before the onslaught of spring, it is equally important to realise winter is a crucial time where some attention to detail over those darker wetter months pays big dividends downstream.

For cows to be successfully set up for optimal lactation and subsequent reproduction, they need to be fed in a manner which holds or gradually improves their body condition score (BCS) while at the same time maintaining or further developing their rumen capacity.

The goal is to have a cow that is both well-conditioned (BCS of 5.0 – 5.5) and capacious.  Fat cows (BCS > 5.5) that are ‘slabby’ (poor rumen development) are quite simply a recipe for disaster. These cows are prone to ketosis at calving and at far greater risk of suffering malnutrition on diets typically offered to NZ cows post calving. This translates to more animal health problems at calving, poorer production and reproductive failure.

‘Fat slabby’ cows are the product of poor feeding practices. They are usually cows that have gained weight rapidly while dry after being offered diets containing too high energy density (Maize, silage and PKE) and too little effective fibre (mature pasture, hay and straw). Post calving, due to their lack of rumen capacity, they are not physically able to eat and process sufficient amounts of the predominant ryegrass based diets through early lactation.

Maximum dry matter intakes (DMI’s) are determined by two factors, the quality of the feed itself and the cow’s ability to ingest it. It is recognised that most NZ cows will ‘hit’ maximum daily DMI’s when they have consumed 1.0% - 1.5% of live weight in Neutral Detergent Fibre (NDF) and capacious cows have been known to eat in excess of 1.5% of live weight in NDF.

The importance of this concept can be demonstrated in the following example;

As pasture enters the ‘heading’ reproductive stage NDF can approach and exceed 50% of dry matter consumed.

Using this rationale, a poorly-adapted cow will hit a maximum DMI intake of 10kgs of low quality pasture (going to seed) whereas a well-adapted capacious cow will be able to eat as much as 50% more.

In this example the capacious cow will be capable of ingesting 50% more ME than the ‘slabby’ cow.

This emphasises the fact that cows over the winter period must be offered diets that drive capaciousness and this is achieved by feeding diets with more effective or long stem fibre in the form of mature pasture, grass silage, hay or straw.

While these fibre based feeds appear expensive from a cents/kg of Dry Matter or cents/MJME perspective they clearly provide a very important function in a dry cow’s diet.

I have seen countless examples where cows and heifers fail to compete post calving due to very poorly adapted rumens and lack of capaciousness. The costs can be enormous and disheartening, if not devastating, to the person responsible for the operation.

Aside from these obvious benefits, high fibre feeds provide further important benefits through the winter months. Dry fibrous feeds generate greater thermal (heat) energy as they are digested. These ‘thermogenic’ (heat producing) feeds therefore have the added benefit of providing the cow with a feed that complements the cooler winter climatic conditions. Many farmers that feed these sorts of feeds notice cows are more content and cause less pasture damage than cows that aren’t provided sufficient fibre.

So, the take home message is ‘spare the fibre, spoil your season’ and remember you are feeding ruminants that are adapted to thrive on fibrous feeds.

• Greg Jarratt is a vet and director of Matamata Veterinary Services