Brace yourself for hike in Overseer N loss 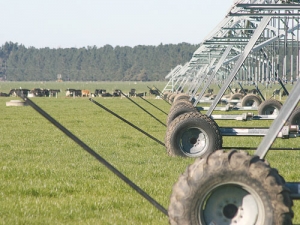 Irrigated dairy farms are bracing for higher N loss figures under the new version of Overseer.

Irrigated dairy farms can expect nitrogen loss figures to leap when they run the latest version of Overseer.

However regulators and the nutrient budgeting model’s parent body, Overseer Ltd, say nobody should be disadvantaged by the changes.

The level of increase will depend on irrigation system and management method, says Read. Farms with better soil moisture monitoring, application infrastructure and adaptive management will likely find their leaching losses, as calculated by Overseer 6.2, rise less than those with less accurate watering systems and prescriptive management of irrigation.

Read says she can’t give figures on how much the new model may hike losses for the same farm compared to Overseer 6.1, but the key point is that more detailed data input will improve users’ ability to model their systems and identify ways to reduce losses.

“It’s going to be a challenge to collect that information but it will really help you understand how the way you run your irrigation affects losses.”

“Yes, there’s going to be some short-term pain but moving to a more transparent and realistic irrigation module will eventually deliver better results for all irrigators,” he says.

“So while you may see some upwards movement immediately, more realistic modelling will reward irrigators who modernise and improve irrigation practice.”

“It’s our understanding, from preliminary tests, that when you’re on heavier soil the absolute change is probably not particularly great but on lighter soils it could be very significant.”

The new version is going to require changes to many regulatory thresholds.

“We need to change these plans to reflect a more appropriate way of using Overseer. We wouldn’t expect there to be changes of this magnitude again in future but there will be more changes.”

If already written policies aren’t adapted the new figures could mean what was a permitted activity under an old Overseer calculation is now discretionary and requires a consent, or a discretionary activity could be tipped into the prohibited range.

“We have to avoid these consequences because they’re not what’s intended.”

Under Canterbury’s Land and Water Regional Plan all farms should have calculated their nitrogen losses from 2009-2013 to establish a “baseline”. Taylor says all these will have to be redone, though ECan may be able to find an adjustment figure which would save farmers or their consultants crunching the numbers again.

However, Bruce Murphy, a large-scale South Canterbury dairy farmer with pivot and border-dyke irrigation, told Dairy News “it would be in every farmer’s best interests to do the numbers himself too”.

“The actual nutrients out haven’t changed and what people want is accuracy so if this is more accurate we have no choice but to accept it.”

The question is whether Otago Regional Council will adjust the nutrient loss limits already set in Plan Change 6A which have to be met by 2020, given “Overseer 6” is specified in the plan. 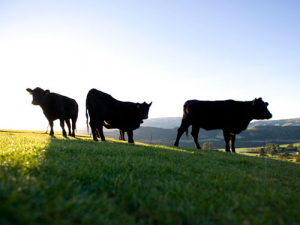