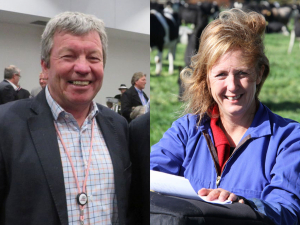 Sitting Fonterra directors Donna Smit and Andy Macfarlane have been announced as two of the four independently assessed candidates for the 2019 Fonterra board elections.

The other two candidates are Philipp Haas and Cathy Quinn.

As re-standing directors, Smit and Macfarlane automatically go through to the ballot: Haas and Quinn were recommended by the Independent Selection Panel after their assessment process.

Nominations for non-assessed candidates, where farmers can stand as a candidate for the board with the support of 35 different shareholders, are now open. Nominations close at noon on Friday, 27 September.

The full list of candidates will be announced on Monday, 30 September 2019.

Voting Packs, containing candidate profiles, will be mailed to eligible shareholders on Tuesday, 15 October 2019. Shareholders can vote by internet or post, using the First Past the Post voting system. Voting closes at 10.30am on Tuesday, 5 November 2019 with the results being announced later that day.