Government, industry to eradicate M. bovis at a cost of $886m 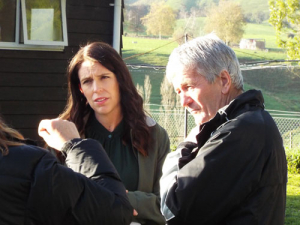 The Government and farmers have agreed to attempt to eradicate cattle disease Mycoplasma bovis from New Zealand.

Swifter compensation has been promised to affected farmers. The estimated cost of the eradication programme is $886 million.

Prime Minister Jacinda Ardern and Agriculture and Biosecurity Minister Damien O’Connor say the country and industry have “one shot” at eradicating a disease that causes painful, untreatable illness in cattle.

The decision was taken collectively by Government and farming sector bodies after months of intense modelling and analysis to understand the likely impacts of the disease, the potential spread and the costs and benefits of eradication versus other actions.

“Today’s decision to eradicate is driven by the Government’s desire to protect the national herd from the disease and protect the base of our economy – the farming sector,” Jacinda Ardern says.

“We’ve worked hard to get the information to make this call and I know the past 10 months have been hugely uncertain for our beef and dairy farmers.

“Speaking with affected farmers in recent weeks it is obvious that this has taken a toll, but standing back and allowing the disease to spread would simply create more anxiety for all farmers.

“This is a tough call – no-one ever wants to see mass culls. But the alternative is to risk the spread of the disease across our national herd. We have a real chance of eradication to protect our more than 20,000 dairy and beef farms, but only if we act now.”

The decision will provide some certainty to farmers.

However, Ardern says at the same time it will be terribly painful for those farmers who are directly affected.

“Both Government and our industry partners want those farmers to know support is there for them.

“We are committed to working in partnership with the farming sector to ensure its long-term success. Today’s move reflects how important the success of the dairy and beef industries is to the prosperity of all New Zealanders.”

O’Connor says it was important all farmers showed a collective responsibility for the sake of the wider sector and get on-board with the eradication operation.

MPI’s new head of the Mycoplasma bovis eradication programme has some good news for the fight against the disease.