McBride, Tuuta get nod for Fonterra board elections 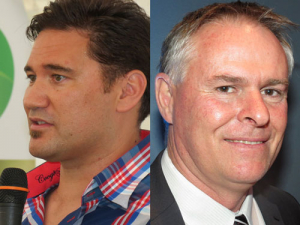 Fonterra’s board is backing Zespri chairman Peter McBride, and Maori agribusiness leader Jamie Tuuta in the 2018 board elections.

Sitting director Ashley Waugh has also won nomination from the Fonterra board after being recommended by the independent selection panel.

This means two sitting directors- former chairman John Wilson and Nicola Shadbolt- will leave the board after the annual general meeting in Waikato on November 8.

He says the three candidates were nominated by the Fonterra board after being recommended by the independent selection panel.

The Fonterra Shareholders Council is also supporting the three candidates.

The self-nomination process, where farmers can stand as a candidate for the board with the support of 35 different shareholders, is now open.  Nominations close on Thursday, 20 September 2018.

The full list of candidates for the Fonterra board elections will be announced on September 24.

Voting Packs, containing candidate profiles, will be mailed to eligible shareholders on Monday, 15 October 2018.  Shareholders can vote by internet or post, using the first past the post, majority system.  Voting closes at 10.30am on Tuesday, 6 November 2018 with the results being announced later that day.

McBride, who became Zespri chairman in 2013, has invested in the kiwifruit and dairy industries.

Tuuta was appointed Moari TV chairman in May this year. He was previously chair of the Parininihi ki Waitōtara Incorporation, the largest farmer in Taranaki and one of the largest milk suppliers to Fonterra.