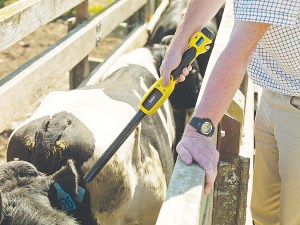 A decision on proposed increases to NAIT levies has been deferred to May.

The NAIT board says this will allow for a comprehensive review of feedback received during a public consultation that ended on February 25.

Most submitters opposed the proposed funding increase to improve the traceability system.

A total of 147 submissions were made with a mix of submitters, including levy payers, primary sector groups and collection agents.

NAIT says while not everyone supported the proposed increase in levies, the overall sentiment from the submissions is a reluctant acceptance of the need to increase funding to improve the system, and that NAIT Ltd needs to deliver on their commitments to create a user-friendly and effective system.

NAIT is part of OSPRI, a body that works with farming organisations to manage animal diseases.

OSPRI head of traceability Kevin Forward says it is determined to get better at listening to the farmers and industries.

“The purpose of this consultation was to hear and consider the feedback from levy payers before making any decisions,” he says.

“Based on feedback, the NAIT board has decided to defer the decision on increasing levies to further consider the submissions received.

“I believe this shows our commitment to genuinely engage with levy payers on the proposal.”

A Canterbury farmer has been disqualified from owning calves and fined $26,000 following the death of a large number of calves he was raising.