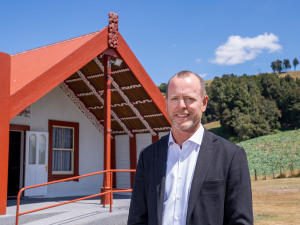 The Canterbury-based business has reported a net loss of $28.5 million and has announced the start of “a new chapter to return to robust profitability”.

Synlait has poached Miraka Milk chief executive Grant Watson to be its new CEO. Watson, who joined Miraka in February this year after a long stint at Fonterra, will start in his new role in January.

Acting CEO John Penno will take over as Synlait chairman when Graeme Milne retires at its annual general meeting in December.

Milne says Watson has a track record “of  materially  transforming  and accelerating  businesses  by  setting  clear  strategies,  surrounding  himself with  diverse  and  talented people,  and  relentlessly  driving  execution  to  deliver  strong  sustainable  results”.

Penno says the financial  result  illustrates  that  the  last  financial  year has  been  very  challenging  for  Synlait.

“We have  always  had  the  enormous  advantage  of  starting  fresh some  13  years  ago  as  a small  part of a large, successful, and well-established  global  industry.

“Our strategy  fundamentally  plays  to  this  competitive  advantage  and  is  driven by  our  purpose:  Doing  Milk Differently  For  A  Healthier  World.

“We have fallen short of delivering on this advantage.

“The opportunity to pause, learn, change, and then double down on delivering the potential  Synlait’s board and management firmly believe is there is being approached  with fresh  energy  and is our number one priority.”

A mate of the Hound reckons he's not surprised by the recent announcement the Government is 'partnering' with Lincoln-based company Leaft Foods on a $20 million R&D programme in the alternative protein sector.