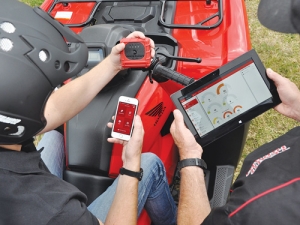 New broadband targets for rural areas will mean access to broadband speeds of at least 50mbps by 2025.

The target means nearly all rural New Zealanders will be able to access broadband speeds of at least 50 Mbps by 2025.

TUANZ says it pressed for broadband at 25 Mbps download and 10 Mbps upload "so this goal of 50 Mbps is a commendable uplift," says TUANZ chief executive Craig Young. But it would like the Government and providers to achieve the target earlier, if possible.

Good quality, high speed connectivity in all parts of NZ is a critical economic enabler for the economy, TUANZ says.

RHANZ chairperson Dr Jo Scott-Jones says securing reliable and affordable telecommunications services is critical to the health and wellbeing of rural communities and is a top priority for all 40 RHANZ members.

As part of its RBI phase 2 submission to the Government earlier this year, RHANZ called for more ambitious targets for rural broadband speeds.

RHANZ chief executive  says good connectivity opens the doors to a range of new health technologies, which in turn improves access to health services and helps with the retention and recruitment of health professionals.

"It is also an important component of health and safety plans for rural workers and business owners," she says.

"While this new target is a significant improvement on the current target of 5 Mbps, the world in which we are operating is moving so rapidly it will require continual monitoring to ensure rural communities can fully participate in the 21st century," Dr Scott-Jones says.

"Fixing the 'digital divide' is critically important to the health and wellbeing of rural communities and imperative to growing NZ's prosperity."

In the targets proposed by Minister for Communications Amy Adams for 2025, the Government's vision would see:

The remaining 1% able to access 10 Mbps (up from dial up or non-existent speeds).

Adams says the change will see NZ move from 17th in the world for rural connectivity to seventh and ensure no-one misses out on the opportunities of the digital age.

The Government will spend $15 million to improve rural broadband.