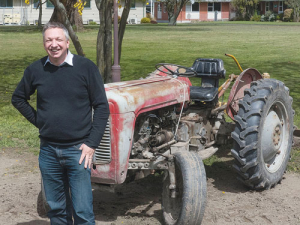 Farm consultant Craig Osborne, from Oxford, North Canterbury, has been named to replace Guy Blundell, heading the institute for the next two-year term.

Osborne says that where NZ farming is heading is the “million-dollar question” and a tough one to answer because of all the competing forces gaining momentum globally.

“Alternative synthetic proteins are a disruptive force,” he told Rural News. “You’ve got climate change and [few] tools to mitigate the impact of greenhouse gas emissions from ruminants; and NZ’s own social pressures on the impact of livestock on the environment.

“Put all those together and it paints a picture that shows livestock farming in NZ probably has a tough future. That’s easy to say; what replaces it becomes a lot harder,” Osborne says.

“Do we have a place in the alternative protein market? Should we be producing the plants that provide those proteins?” he asks. “That’s a possibility. Can we go very premium and very niche so we’re selling what we make for a whole lot more?

“The reality is that the best NZ can do, at the moment, is get ourselves ready, place a lot of bets, investigate a lot of things, so that as the market develops we have the ability to tailor what we head towards,” he said.

Osborne says NZIPIM is an organisation for those people “who drive up farm driveways advising farmers”.

“We’ve got a challenge to help make sure our members are thinking about these future scenarios so the advice they’re providing for their clients is good.

“At the same time, the other part of our role is making sure we are helping them personally prepare for what their own businesses will look like in the future.”

A member of the NZIPIM for about 10 years, Osborne said a priority as president will be finding ways to deliver more to its members.

Feedback suggested that for many members, local branch-level events such as onfarm meetings with a couple of speakers, a barbecue and networking, is a big part of the value of the organisation.

He says the local branches are working well in Canterbury and Waikato and there is a growing branch in Otago.

“We’re not consistently strong across all of NZ, so part of what I’m keen to do is look at how to get more strong branches in the key agricultural regions.”

Formed in 1969, NZIPIM now has at least 1000 members from agriculture-related occupations.

Farmers may soon expect to get better advice from dairy farm consultants, says the NZ Institute for Primary Industries Management (NZIPIM), which launched a certification scheme last week at its annual conference in Ashburton. 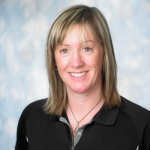