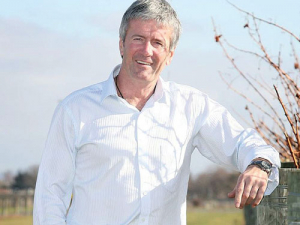 Bringing sheep into the NAIT (National Animal Identification and Tracing) system may be a way of getting more value out of the animals, Agriculture Minister Damien O’Connor claims.

O’Connor has previously said NAIT should have worked better during the Mycoplasma bovis response and he’s determined to help transform it into an easy-to-use, world-class traceability system.

With NAIT now under review, the discussion document is asking whether other species should now be included.

“At the moment you have to say what other species you have on farm, but if you’ve got sheep you don’t have to tag them. Should we, or shouldn’t we?” O’Connor asks.

“If we have a foot and mouth outbreak it might help to have all the sheep tagged. If they’re worth $150 it might be a good way of identifying, tracing and getting more value.”

O’Connor says farmers might see it as a cost, but we learn as we go forward.

“All we can do as Government is give clear honest signals,” he says.

“If we had had a clearer national policy statement on water quality – right through the times of rapid growth in the dairy industry – maybe we’d have more consistency. We’d probably have a few more drystock farms and we wouldn’t have pushed into areas where it’s pretty marginal,” he says.

O’Connor was speaking at the launch of Beef + Lamb NZ’s Canterbury Future Farm initiative, which aims to run a model farm to help identify best practice in all the issues facing the sector.