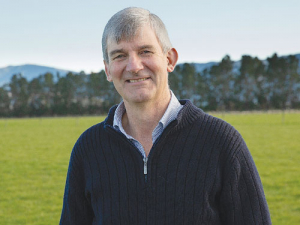 Alliance chair Murray Taggart says following the company's annual returns it is now in a position to repay the remaining balance of the wage subsidy.

Just prior to Christmas, the Alliance Group announced that it “had chosen to return the balance of the wage subsidy to the Ministry of Social Development (MSD).”

The company had already repaid $21 million of the $34m wage subsidy it claimed during the Covid lockdown and said it will now return the balance.

“From the outset, Alliance has been clear we would only use the wage subsidy in the way it was intended by government and our previous re-payments reflect this commitment,” chair Murray Taggart explained.

“Following the filing of our company accounts last month, the Alliance board believes the co-operative is in a position to repay the remaining balance. We acknowledge the support and certainty the Government provided to help us keep many of our people in jobs.”

Taggart added that the company had retained $1.9 million for the Leave Support Scheme payment to employees that were required to self-isolate or were unable to work.

Alliance had been under pressure to repay the subsidy following the move by rival meat processor Silver Fern Farm to pay it back and had been facing a private prosecution by self-proclaimed professional campaigner Simon Lusk for only returning part of the $34.3 million Covid-19 wage subsidy it claimed.

In September, Lusk sought leave of the court to bring a private prosecution against the South Island meat company’s non-executive directors for Alliance’s “disgraceful” failure to completely repay the wage subsidy.

Alliance – along with other meat processors – was declared as an essential food-producing service and permitted to keep operating during New Zealand’s March-imposed Covid-19 lockdown. In September, the farmer-owned co-op said it had repaid 50% of the wage subsidy claimed. It has since then paid back another $4m, leaving it $13m short of what it claimed in total.

In November, Alliance announced an underlying profit of $27.4m for the 2019-20. However, adjusted for a one-off historical wage claim of $20 million, its annual profit was only $7.5m before tax.

At the time, Alliance chief executive David Surveyor told Rural News Lusk’s claims were unfounded and show no understanding of the process being run by the Ministry of Social Development (MSD).

“Alliance Group has always been open and upfront about the wage subsidy application, which has been widely shared with the public. We have been in ongoing constructive discussions with MSD about the application of the subsidy and stated from the outset that we would return any funds not used to pay people.”

Meanwhile, other large meat industry players did not claim the subsidy, including Affco, Greenlea and Hellaby.

Alliance Group is investing $16 million in a fully integrated storage and warehouse management system (WMS) for frozen products at its Lorneville plant near Invercargill.