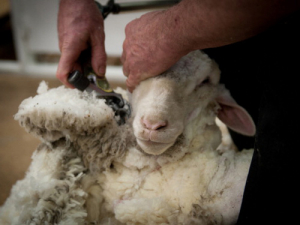 The Merino Championships in the Central Otago town of Alexandra has begun.

One of the biggest seasons in New Zealand shearing sports has begun with the national Merino Championships in the Central Otago town of Alexandra today and tomorrow.

Five national titles will be decided in what is the country’s only finewool event, where the biggest challenge of all will be the bid to stop West Australian shearer Damien Boyle winning the glamour title, the Open shearing championship, for a seventh year in a row.

Other features will include the Open woolhandling event in which local Pagan Rimene will be out to hold-out 2012 and 2014 winner and former World champion Joel Henare, of Gisborne, to retain the title she won for the first time last year, and a transTasman merino shearing test in which Boyle and fellow West Australia shearer Mark Buscomb will be out to make it a double after beating New Zealanders Nathan Stratford, of Invercargill, and Grant Smith, of Rakaia, at the Royal Perth Show last weekend.

Woolhandling started about 7am today and will continue throughout the day with the shearing events held tomorrow, the Open heats being the first round of the country’s top multi-wools event, the PGG Wrightson National Circuit, which ends with a final at the Golden Shears in Masterton in March.

Also at stake in the Open shearing is a place in a three-man New Zealand team for the home-and-away transtasman shearing series, joining Golden Shears champion Rowland Smith, of Hastings, and National Circuit champion Tony Coster, of Rakaia, in the first test in Warialda, NSW, just a week later, on October 8.

More than 60 shearing sports competitions will be held throughout the country during the seaso, including the 17th World Championships in Invercargill on February 9-11, marking the 40th anniversary of the first World Championships held in England in 1977. The championships have already attracted entries from a record 32 countries.

Rowland Smith, winner of the World shearing championship in Ireland in 2014 and both the Golden Shears and New Zealand championships Open finals last season, will shear at Alexandra tomorrow in only his second attempt on the finewool title, at the start of a season shaping as even busier than last year when he had 19 Open final wins.

Acclaimed a Master Shearer by Shearing Sports New Zealand’s annual meeting last month, Smith will be out to retain all three of the big titles, and plans a serious bid for the PGG Wrightson title, one of the few not among his 87 Open final victories since first competing in the top grade in 2006 as a teenager based in Northland.