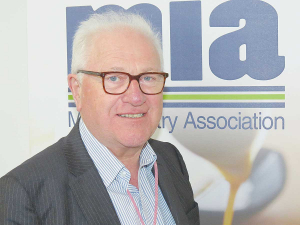 MIA chief executive Tim Ritchie was part of a 16-person delegation led by the Deputy Prime Minister and the Minister for Trade. The delegation included representatives from the dairy, meat and horticulture sector, including Zespri and Apples and Pears NZ – as well as the aviation and engineering sectors.

Ritchie says since he was in India about eight years ago, the country has made tremendous strides in terms of embracing technology. This includes what is described as creating ‘a public highway for data’.

Ritchie says with a population of 1.5 billion, India offers huge potential for NZ.

“India is like Europe in the sense that it’s a series of states within one country. There are 26 states, 22 major languages and sheepmeat is a natural part of their diet – so it’s seen as a land of enormous opportunity,” he told Rural News.

“I have heard it described as an ‘Aladdin’s Cave’. By 2025 it will have the largest population in the world and exceed China and the average of the population is 29. Someone said the 21st century belongs to India.”

Ritchie says the fact both that USA and Australia have been courting India is a sign that these two large nations see this part of the sub-continent as important in the future. He says India is described as a relationship, rather than a transactional economy – meaning that potential exporters there need to build close relationships in order to make trading gains.

“This is very important because underneath it all they are still very protectionist in their thinking making it difficult for exporters,” he explains. “But we must remember that 50% of the population are employed in the agricultural economy and therefore the politics of not competing with these people is pretty important.”

In the light of this, Ritchie believes NZ must work hard to secure a free trade agreement (FTA) with India – regardless of the challenges. The NZ meat industry currently faces a tariff of 30% when exporting to India.

Sporting ties with India are largely related to cricket and it’s this connection that has helped open up the market for some high-end meat exports to that country.

A company called QualityNZ, which has a number of NZ cricketers as its shareholders and ambassadors – Sir Richard Hadlee, Stephen Fleming, Daniel Vettori and Brendon McCallum – has made significant inroads into the Indian market selling lamb and other products.

The company’s chief executive is also a former NZ international cricketer, Geoff Allott, and the company has offices in India.

Ritchie says QualityNZ has been operating in India for several years and has made really good gains in selling product to about 300 of the top hotels and restaurants in that country – where quality rather than price matters.

“These people spoke very positively about NZ product – both its provenance and also the quality and that it forms a place in their menus,” he told Rural News.

“So that’s where the success with sheepmeat has been in recent years and this is all part of that building our reputation there.

The market is still very small but it is important in the long terms because it will help us get away from being too dependent on a big market.”

Ritchie says even through it is early days, it’s a question of getting the relationships right and from that the business should flow – especially if they can see we are complementing not competing with their industry.

The Meat Industry Association (MIA) says it's facing bureaucratic barriers from Immigration NZ as it tries to get sufficient halal butchers for the coming season.

Meat Industry Association (MIA) chief executive Sirma Karapeeva sees no end in sight to the shipping and logistical woes that the meat and other primary sectors are facing.