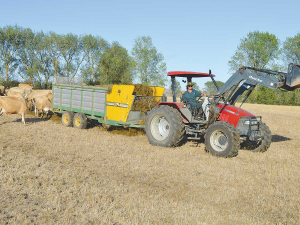 Waikato farmers are now dipping into their winter reserves to feed cows.

Farmers in drought-ravaged Waikato are now dipping into their winter reserves to feed cows.

If the rains stay away, most farmers in the region could start drying off cows from next week, almost two months earlier than normal.

Ohinewai farmer and Waikato Primary Industries Adverse Event Cluster chairman Neil Bateup says if the drought isn’t broken by the end of this month, it would be crunch time.

While some supplementary feed is available on the market, farmers will need to decide whether to buy extra feed like silage, maize and palm kernel expeller.

“Most farmers will have to look at the economics of buying feed and continuing to milk: also whether the banks will lend money to buy extra feed,” he told Rural News.

He says farmers are already dipping into winter reserves.

In Auckland, many farmers were already two thirds of the way through the supplements they had planned for winter.

Bateup, whose own farm could be drying off some cows from mid-March, says he will review the situation on a weekly basis.

“If there’s no rain, I may dry off one-third of my herd in two weeks.”

Bateup says the money would be used to organise events around the region in partnership with other stakeholder organisations, where farmers can meet up with other affected farmers.

“Farmers have done a very good job of managing the dry conditions so far this year, and while we heard that generally farmers were being quite positive, some people will be struggling,” said Bateup.

“There is some food for stock, but the reserves are being chewed into very fast. And there some crunch times are coming, meaning hard decision will have to be made by farmers. It’s about putting measures in place to support those people who may need help.”

O’Connor says the Government support is recognition that the extreme and prolonged nature of this dry spell is taking its toll on the primary sector and additional support is needed.

“Farmers in Waikato are no strangers to dry summers and they have had good grass silage on hand to date but the longer they go without rain, the harder it becomes to carry on as usual,” he says.

Waikato Federated Farmers president Andrew McGiven said there were a number of stressors affecting farmers at the moment.

“We’re looking to get the best result for our farmers and local communities.”

Niwa meteorologist Ben Noll says Hamilton, Auckland and Whitianga were heading towards the driest summer on record, and soil moisture deficit levels were at 130mm across much of the region.

He said forecast rain late last week wouldn’t have been enough to break the drought.

“It takes a bit of time for that to happen, especially with the soil moisture levels being what they are.”

A tale of two islands

Fonterra's milk collection in January was 0.5% up over the last season, thanks to solid yield in the South Island.

The co-op says the impact of heavy rain and flooding across parts of the lower South Island in early February and the recent drought declaration in Northland was still being assessed.

Continued dry weather throughout January has impacted pasture growth rates, however this is being partially offset by supplementary feed. 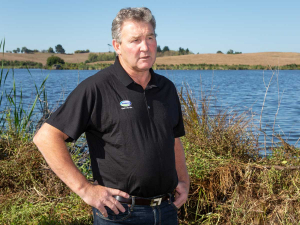