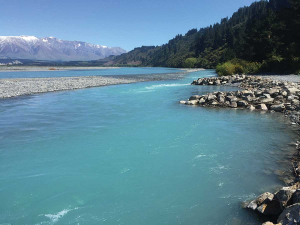 Tony Cleland says farm environment plans – driven by the farmers, properly audited and with consequences if not adhered to – is a better way to improve waterways.

Southland dairy farmer and chairman of rural insurer FMG, Tony Cleland, told Rural News he first found out about the nature of the problems when talking with DairyNZ.

Cleland says, once he went through the changes, he was very worried about the implications and about whether the industry was doing enough to explain what the problems are, talking to the right people and trying to get some sensible solutions.

“I talked with the chairmen of DairyNZ and Beef+Lamb NZ and suggested it would be useful if a group of farmers could talk to the government ministers involved to voice their concerns to them directly,” Cleland explains. “The ministers were contacted and agreed to come and Environment Southland chairman Nicol Horrell agreed to host the meeting.”

A list of invitees to the meeting was then drawn up. There are rumours that Federated Farmers was not on the original list, but was added in much later than the others. Rural News has been told that the Feds are unhappy about this situation and feel that they are being left on the outer. However, it seems that during the meeting the contribution of Feds Southland vice president, Bernadette Hunt was well-received by all parties.

Cleland says that at the meeting there was agreement among the farmer representatives that there were problems with the new rules and that it was going to be challenging for farmers to implement them, and
for Environment Southland to administer.

Cleland says Environment Minister David Parker stated that he would not back down on having a consenting process for winter grazing, but was prepared to look at the merits of a strong environment plan as a potential option in certain circumstances. Cleland says such a move would avoid the council having to build up a large consenting team and instead focus on monitoring the performance of farmers.

Cleland says farmers are concerned about the regulations, but also want to get sensible and workable outcomes.

“That’s why they took time out from our diaries, at the busiest time of the year, to have the discussion to get out points across,” he says.

Cleland says regardless of what farmers might think of the rules, they are now in place and have to be met. However, he hopes that a pathway to meeting these new regulations will now be less onerous and more practical to meet on farm.