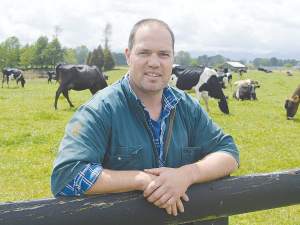 A report prepared for shareholders by Northington Partners, which reviews Fonterra's 2021 financial year performance, reveals the extent of total losses over the years from its poor investments. A copy of the report was sent to farmer shareholders this month by Fonterra Co-operative Council.

While selling the farms and Beingmate shares fetched $750m cash and helped the co-operative reduce debt last financial year, the investments turned out to be costly for shareholders.

The co-operative's total investment in China Farms topped $1 billion - made up of $750m investment and $250m of accumulated losses over the years.

The sale of Fonterra's Ying and Yutian Farm was completed April this year for $552m and the Falcon China Farms JV sale completed two months laters for $88m - bringing in $640m with $360m loss on investment.

The Beingmate investment was more disastrous for shareholders.

However, Beingmate's stock began a sharp downturn thereafter. Since the end of 2015, its share value tumbled, devaluing Fonterra's investment and forcing it to book hefty write downs.

According to Northington Partners, Beingmate shares sold over the last two years fetched the co-op $273m, resulting in an investment loss of $519m over a six-year holding period.

Council chairman James Barron told Rural News that alongside farmers, the council is disappointed in these results.

But he says they have been reported through the results of the last three financial years. Barron claims these "have already been digested by farmers".

"It has been pleasing to see the three year targets for the business that were set back in 2019 have largely been met, this is helping to rebuild confidence in performance."

Barron says a key standout from council's perspective is the reduction in debt to meet both the debt to EBITDA and gearing ratio targets.

"Looking ahead the board and management have articulated a clear pathway for the co-op out to 2030," he told Rural News. "This has been well received by farmers, as it outlines that future growth will come from reinvesting cashflow rather than debt."

One year ago, when announcing the sale of China Farms, Fonterra said it had successfully developed the farms alongside local partners.

In building the farms, Fonterra has demonstrated its commitment to the development of the Chinese dairy industry, the co-op claimed.

It also gained $12m from the sale of its Dennington plant in Australia for $36m.

The Northington Partners report says the reduction was largely driven "by strong profitability and proceeds from divestments completed during the year".

The cash proceeds from divestments also led to a 5.9% decrease in gearing ratio to 35.5%.