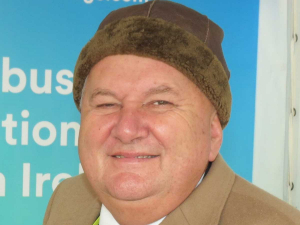 The new funding follows a Government announcement in April that up to $30 million would be provided through the Provincial Growth Fund for Far North, Mid-North and Kaipara to investigate potential water storage sites in the regions.

A water storage site has now been chosen in Ngawha after months of technical assessment. Construction on the site could begin in September, earlier than the initial aim of this summer.

Both Ministers say they hoped work would begin earlier than initially announced if the project could be fast-tracked through new Resource Management Act provisions developed by Environment Minister David Parker following COVID-19.

“An earlier start to construction would mean more work sooner for contractors and businesses in the region at a time when Northland is suffering through the fallout from the COVID-19 pandemic,” says Peters.

“Bringing the start date forward by months would also mean an earlier finish date, and earlier access to a secure and reliable water supply for a region that has been hit hard by drought.”

Jones says the additional funding of $37.5m from the Provincial Growth Fund (PGF) will be used to accelerate and expand the delivery of the Northland water storage programme as part of the Government’s COVID-19 response.

“We recognise the value of providing more upfront investment to get these projects moving ahead and lift regional productivity significantly in a much shorter time frame,” says Jones.

“It also provides a visible vote of confidence in the Government’s intention to back its regions.”