Gun buy back a flop? 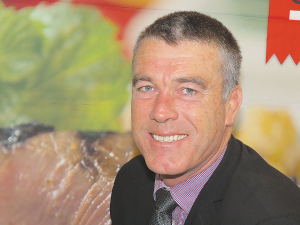 Hyde, a spokesman for the Rakaia branch of the New Zealand Deerstalkers Association (NZDA), regularly hunts in South Canterbury.

He believes more centrefire semi automatics are sold and used in South Canterbury than anywhere else in NZ, simply because of the wallabies.

This type of weapon is now generally banned following the Christchurch mosque attack and owners are being asked to surrender them at gun buyback events NZ-wide.

Hydes, who is not a farmer, says he hunts on farms at least every couple of weeks. He reckons recreational hunters shoot 20,000 to 40,000 wallabies a year.

He told Rural News that hunters need semi automatics for humanely finishing off wounded game and for efficiency and maintaining tallies.

“Hunting rabbits with a bolt action rifle means shooting one and teaching 10 to run away,” he said.

The NZDA Rakaia branch backed the call by the national association and the Council of Licenced Firearms Owners (COLFA) for gun owners to “sit on the fence” and wait rather than rush to take part in the buyback scheme.

Hydes says nobody should be out of pocket but only a few will get a good deal.

The branch said in a statement that nowhere in the world has society been made demonstrably safer “by disarming law abiding people”.

Federated Farmers rural security spokesman Miles Anderson says he’s receiving good feedback from Feds members, after calling for input for submissions on a second round of gun law changes expected to go to Parliament within weeks.

Parliamentary select committee recommendations released in April included allowing semi automatic firearms for shooting pests on farms, but restricting their use to police approved specialist contractors. Anderson says farmers with an identified pest problem should be allowed to at least apply for an exemption to that.

Most farmers now do their own pest shooting because contractors are expensive and may not be available when needed, he said.

“The legislation could also leave some gun owners breaking the law without realising it,” he told Rural News.

“Not enough people know that the new laws ban not just semi automatic weapons but also some with large magazines regardless of whether they are lever, pump or even bolt action.”

However, the Feds are not advising people to stay away from the buyback events – although Anderson does not think big numbers are turning up and some people are quibbling over the valuations offered.

“We’re not a gun lobby. We’re just lobbying for practical farm use. A lot of people were naturally standoffish for the first few [buyback events] just to see how they went. But I don’t think any farmers I know of have been bloody minded about not doing it.

“I think the biggest concern is that not enough people know that some firearms that are not semi automatic have been captured by this law. They need to just double check, otherwise they could be breaking the law without even knowing it.”

Meanwhile, Anderson says there is so far no information on a proposed $300 grant for modifying certain non-compliant weapons.

Feds is also querying the proposal to reintroduce a firearms register, not because they are philosophically opposed to the idea but because they doubt it will work and will be a waste of money.

“We’d rather have the money spent on rural policing,” said Anderson.

He believes the suggested shorter licence period -- five years instead of 10 -- would also be costly and unnecessary, doubling the workload which the police bureaucracy already struggles with.

Meanwhile, ACT Leader David Seymour – the only MP who voted in April against the first round of legislation – says the buyback scheme is failing miserably.

Going by police figures released after five weeks of the scheme, Seymour calculated that they have spent $14.1 million to buy back 10,844 prohibited firearms – an average of $1300 each.