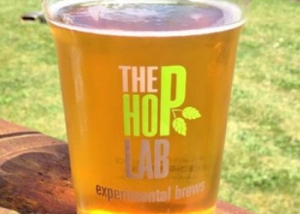 The 'Hop Lab' has been designed to allow the hops breeding team the ability to create experimental trial brews from promising new hop cultivars in order to evaluate sensory characteristics.

Plant & Food Research's hops research programme dates back to the immediate post WW2 era, when the hop industry – and thus the beer industry - was in a fairly poor state with a root rot disease decimating the main American-bred hop cultivar. While early research concentrated on addressing the disease issue, recent breeding targets have focused on the development of "specialty" hop cultivars imparting unique flavours to beer.

Over the past 50 years there have been four hop research directors, the longest serving of which is the current director, Plant & Food Research science group leader, Dr Ron Beatson.

"I guess I've seen a lot of things change in the beer industry over the past 30 years," says Beatson.

"When I started we were just beginning to explore the "specialty" hops for flavour and aroma. Now they form a major part of the industry with cultivars like 'Pacifica', 'Southern Cross', 'Nelson Sauvin', 'Motueka' and 'Riwaka' all doing well in both the domestic market and in exports."

"It's changed from a cottage industry supplying domestic hops to NZ-based brewers to a genuine export success story industry where 85% of our cultivar production is exported to niche markets, such as USA, UK, Germany and Australia just to name a few," says Beatson.

Plant & Food Research's hops breeding programme is supported by a 6-year grant from the Ministry for Business, Innovation and Employment aimed at delivering new seedless cultivars with unique brewing properties to assist in the expansion of both hop growing and the export sales of NZ based craft and premium category beers. The commissioning of the new pilot brewing plant is part of this research, which Beatson describes as the "missing link" in the teams research programme until now.