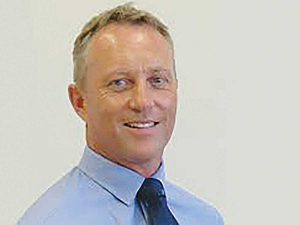 Tom O'Sullivan says in 2020 it cost him more to shear his sheep than he earned for his wool.

Tom O’Sullivan says 2020 was the first time in three generations of his family farm that it had cost more to shear his sheep than he earned from the price of wool on the market.

“Globally, consumers have been obsessed or romanced by synthetic fibres.”

He says that while fine wools like Merino do well on the market because they can be used for clothing, it only makes up 10% of New Zealand wool products.

A further 80% of New Zealand wool is strong wool, used mainly for carpets and rugs.

Data from Stats NZ reveals that total wool exports fell 30.2% to $367 million in the year to January 2021. The data suggests that New Zealand earned more from live animal exports than from wool clip.

O’Sullivan is concerned that it will reach a point where farmers are only shearing sheep for animal health purposes.

He says that farmers are now moving away from farming the Romney and Perendale breeds that produce strong wool and are purchasing Wiltshires instead.

“In my personal opinion, the New Zealand wool industry has very much rested on its laurels,” he says, pointing to the lack of movement in the research and development space.

The global Campaign for Wool was founded by the Prince of Wales in 2008 in reaction to the rise of synthetic fibres. In 2011, the New Zealand arm of the Campaign was launched with the aim of educating Kiwis and creating awareness about wool.

The Campaign has moved towards supporting specific companies in New Zealand, something they were previously hesitant to do. Its website now features a list of companies, including Bremworth (formerly Cavalier Bremworth), which use New Zealand wool in their products.

“We have to get people to buy more wool and consumers need to know what products to buy,” O’Sullivan says.

He adds that the pandemic has been “a problem like it is for everyone”.

With lockdowns and alert level changes cancelling events, some marketing has had to be put on hold.

O’Sullivan says the effects on exports is not as bad as it is for other sectors because wool does not have an expiry date the way that consumable products like milk and meat do.

“Over time, two years or so, the quality will decline slightly, however, supply chain issues have had an impact,” he says.

In the meantime, it’s a case of building up consumer demand in order to ensure the sector’s survival.

A new dawn for New Zealand's struggling strong wool sector or déjà vu all over again?

OPINION: Your canine crusader reckons that the people behind the Campaign for Wool are doing God's work in promoting the natural sheep fibre as sustainable, renewable and the next best thing since sliced bread.

Progress is being made - albeit slowly on building greater awareness of wool throughout New Zealand and beyond.