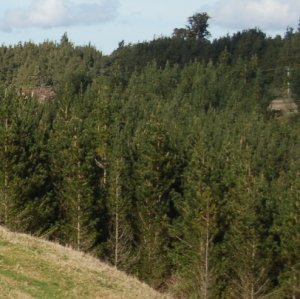 The Labour Party is planning to introduce an amendment to the Government's emissions trading bill when it goes through the committee stages in Parliament in the next week or so.

The Climate Change Response (Emissions Trading and other Matters) Amendment Bill passed its second reading a couple of weeks ago. During the committee stages the bill will be debated clause by clause and that's when Labour's spokesperson, Moana Mackey, will introduce an amendment aimed at forcing greenhouse gas emitters to buy at least half their carbon credits within New Zealand. At present they can source all their carbon credits from overseas and this has drawn sharp criticism from local forestry groups.

Mackey claims her amendment won't necessarily push up the price of carbon credits, but it will bring New Zealand into line with what's happening in Australia and Europe in regard to carbon credit policy. She believes it will also bring stability to the forestry sector and she's lobbying United Future's Peter Dunne to support her amendment.

"When Labour put in the ETS we had incentives for forestry planting but this is not happening now and we are not seeing any new plantings. It takes a couple of years to secure the investment for forestry and three or four years for the trees to start sequestering carbon at meaningful rates. We need to be planning and planting forests right now."

Meanwhile, there is speculation New Zealand will not sign up to the second round of commitment to the Kyoto protocol on greenhouse gas emissions. It's understood a Cabinet paper on this has been prepared, but no discussion or decision has been taken. This lines up with the Government concerns about the effects of such a commitment on New Zealand's primary sector.

Even if New Zealand were not to sign the next Kyoto 'commitment' it would still remain a party to the protocol and meet other obligations, primarily in relation to the comprehensive reporting of our greenhouse gas emissions.