MIE not quite dead 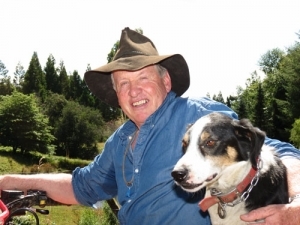 A group of red meat farmers seeking industry reforms have not given up hope despite bleeding support.

Meat Industry Excellence (MIE) says the deal between Silver Fern Farms and Chinese company Shanghai Malling "is not yet a fait accompli".

The joint venture has been approved by shareholders of both companies; it is awaiting the green light from the Overseas Investment Office (OIO).

MIE stalwart John McCarthy told Rural News that either the OIO or the Government could still knock back the deal.

"Look at what happened with the Lochinver deal," he says, referring to the Government's decision to block the sale this year of the Lochinver Station to Shanghai Pengxin for $88 million.

McCarthy says if the deal is knocked back, major reform may well be back on the agenda within months.

"This industry desperately needs dynamic new leadership with a vision to implement the coveted 80% model with contracted supply as portrayed in the' Newco' business strategy."

In a combined statement, the three say it has become obvious that following the successful Shanghai Maling vote MIE will now be entering a new phase and that has given the three of us time to reflect on our ongoing commitment.

"We have each given a great deal of voluntary time and effort over the last two years," they say. "We thrived on farmer engagement, driving change through director elections, and promoting the 'Pathways to Long term Sustainability' report.

They acknowledged the outstanding farmer support received during stint with MIE.

"While we are disappointed that we were unable to reform the industry as part of a co-op solution, we feel proud of the huge effort we have each put in; however it is now time to pull back and focus on other important areas of our lives."

"We have regrouped under the chairmanship of Dave McGaveston and have a formidable team to keep the real issues in front of our meat companies and suppliers," MIE says.

McGaveston and his wife Jude and family farm sheep and beef at Tapawera in the Nelson area. They also have a dairy farm supplying the Westland Milk co-op.

MIE says this gives McGaveston a good insight into how a cooperative company should and does work.

MIE spokesman John McCarthy says it will be seeking cash from the $4 million BLNZ had set aside for joint marketing with meat companies.

Meat companies ruled out putting $4 million into the joint promotion of the origin of NZ lamb and beef.

McCarthy says BLNZ was funded by compulsory levies from farmers while MIE has had to struggle financially.

"MIE is putting its hands into the same pockets of farmers who are funding BLNZ."

McCarthy says farmers will be asked to support a remit asking BLNZ to provide financial assistance to MIE.