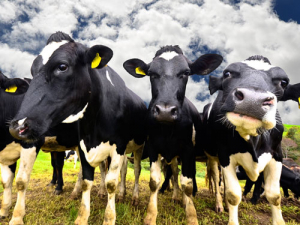 “People are truly unaware outside of our region what is actually happening in Ashburton and Mid-Canterbury.”

Ford called it “embarrassing” for MPI that it announced a surge in the eradication programme -- expected to bring a sudden rise in the number of farms under formal suspicion -- when stock was already starting to move for winter.

He says with about 1100 farms expected to be canvassed in the surge and MPI able to do only 80 to 90 calls a week, the process will take until July by which time there would be one million cow movements.

Ford has declined to be part of a new group, co-ordinated by Ashburton District Mayor Donna Favel, which aims to support Mid-Canterbury farmers caught up in the outbreak.

Although there are other Feds representatives in the group, Ford says he would not sign a confidentiality agreement required by MPI.

“I can’t advocate for my farmers if I’m under confidentiality and privacy.”

Favel says the surge announcement, just before Easter, gave rise to “concern and speculation” over the Easter break. She was surprised that it had not been disclosed during MPI’s roadshow meetings in the previous few weeks.

Favel says its aim is to help facilitate discussions between MPI and relevant organisations “to ensure information is consistently shared in a timely and targeted manner with the district’s farming community”.
“M. bovis has inflicted a great deal of stress and uncertainty on our people and we each recognised that something more needed to be done to help support our farmers during this time of need.”

The district is the worst affected in the country, said Favel. Those around the table seek to better understand the district’s preparedness and understand the implications to farmers, service providers, stock and the community.

Entries are open for the 2021 Primary Industries Good Employer Awards.

NZ Veterans get a taste of farming at Taratahi