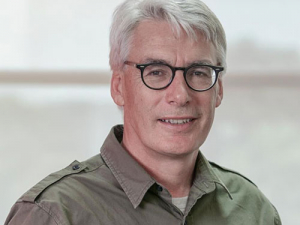 Auckland wool innovator Lanaco say NASA should determine within about six months whether its wool-based filter technology will be used in the Orion spacecraft for upcoming deep-space exploration missions.

Designed by Lanaco, the Helix filter is one of several filter systems being evaluated by NASA to protect astronauts in the event of fire.

Lanaco chief executive Nick Davenport told Rural News there are a number of features of wool filters which make it inherently good in that application, compared to anything else.

“We are a real outlier and it just fits,” he says. “It has already been through initial tests. Because it is so good in terms of its ability to catch the particles we think it has good possibilities.

“The materials we are sending for evaluation are exactly the same materials that people are using on the street these days (for face masks). So it is not like it has been developed specifically for NASA. All the attributes are already there and already benefitting people. So it gives people assurance that what people are currently buying is quite special.”

The Helix filter is sourced from the company’s purpose-bred Astino sheep and is being tested for use in Orion’s emergency life-support system in the event of onboard fires.

The Helix filter could be used as a pre-filter layer for emergency personal equipment and cabin air systems, preventing clogging in other filter layers by removing thick contaminants like molten plastic.

Shaun Tan, Lanaco head of technology, recently returned from the Johnson Space Centre in Houston and is confident that the Helix filter can deliver on NASA’s requirements.

“The Helix filter is currently used in protective equipment in high contaminant situations like construction and mining, but firefighting in space represents a new challenge for our R&D team,” says Tan.

Davenport says wool is an outstanding fibre. “Its electrostatic properties catch small harmful particles, its protein structure captures gases and harmful toxins and yet the fibre is bacteria and flame resistant.”

Astino sheep are part of the programme Lanaco has been working on for a number of years to develop the world’s best platform for wool filtration, Davenport says.

“It’s a work in progress but it is designed to deliver the most consistent, highest performing filters.”

The key characteristic they look for in the sheep is how to get the performance out of the filter. They are only into the first generation of full-blooded Astino because it is a three-way cross. They have done their first characterisation of the breed components.

“Each cross is scrutinised and they passed muster and now we are into the full breed Astino which is now in a monitoring programme where we start to climb up the performance curve.

“It is a full genetics programme where we are sampling 100% of the animals. That is when the data starts to grow really big. That becomes a cornerstone or flagship product for what we produce for the future.”

Currently, those sheep are mainly in the South Island. Astino is used for their flagship electrostatic filter products but they have other products as well.

“We use a range of micron from fine through to coarse for different products.”