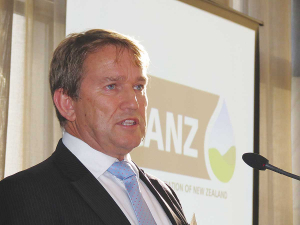 NZ International Business Foundation chair Malcolm Bailey says while the RCEP deal is good, he is disappointed India is not part of it.

The RCEP includes 15 countries from the Asia-Pacific region – including NZ – and covers more than 30% of the world’s trade. However, there is disappointment that India has withdrawn from the agreement.

“Obviously, we would have preferred the deal to have delivered a much sought-after FTA with India and we hope that India will join the RCEP in the not too distant future,” he adds.  “RCEP is still an important new agreement, covering nearly a third of the world’s population and many of New Zealand’s key export markets and sending a useful signal about the importance of trade liberalisation”.

Bailey believes the RCEP is good news for New Zealand in achieving some new market access into Indonesia on a range of products – such as sheep meat, beef, fish products, liquid milk, cheese, honey, avocados, tomatoes and persimmons.

“In addition, improved customs procedures will facilitate New Zealand exports of perishable products across the RCEP region and other commitments including in services and investment will add to the rule book for trade and investment with Asian countries.”

The NZ meat industry has also welcomed the deal. B+LNZ chief executive Sam McIvor says the agreement will help to deepen cooperation and strengthen trade in the region.

“It should help the New Zealand red meat sector build on the strong connections we already enjoy with countries in the Asia-Pacific.”

McIvor has also expressed disappointment that India has not joined the deal.

“We hope that over time they will come to see the mutual benefits that RCEP offers and will decide to join the agreement.”

He says a strong framework of trade deals around the world will help support a resilient red meat sector and the broader New Zealand economy at a time of global turbulence.

“The agreement helps to streamline trade rules around the region. Covid-19 has shown just how important it is to keep supply chains functioning and trade flowing smoothly.”

Horticultural exporters have also welcomed the signing of the RCEP, with industry body Hort NZ saying that it will ensure the country’s horticulture exports continue to grow as the world comes to terms with Covid.

“Without clear trading arrangements, improved market access and reduced tariffs, it is extremely difficult to export from the bottom of the world to larger economies like Asia and Australia,” chief executive Mike Chapman says.

“Of immediate benefit to horticulture is the expectation that customs authorities will release perishable goods within six hours of arrival. This will help ensure that our produce arrives on consumers’ tables in the best possible condition.”

Chapman says another significant benefit is that the agreement provides a process for addressing non-tariff barriers within clear timeframes.

New Trade Minister Damien O’Connor signed RCEP alongside ministers from ASEAN Member States, Australia, China, Japan, and South Korea during a virtual ceremony earlier this month. It was witnessed by leaders of the 15 RCEP countries – including PM Jacinda Ardern.

New Zealand exported over $36 billion of goods to RCEP countries and nearly $12 billion of services in the year ending December 31, 2019.