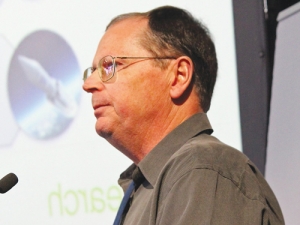 New Zealand and South Korean scientists say they will soon be able to identify the compounds that give deer antler velvet its immunity-boosting properties.

If they succeed in this they will be able to promote velvet extracts as having a precise measure of the active ingredients they contain.

Deer Industry New Zealand (DINZ) says this will be important in getting such products registered for sale as healthy functional foods.

“Velvet’s reputation as a health tonic goes back 1000 years and it is still widely used in Korea and China in mixtures with ginseng and herbs in tonics and traditional medicines,” says DINZ chief executive Dan Coup.

“But these days, government regulators and consumers everywhere want the claims made for medicines and tonics to be supported by scientific evidence.  It appears we are on the threshold of doing this with at least one of the health-promoting properties attributed to velvet.”

AgResearch scientist Dr Stephen Haines says bioactive compounds in velvet have been of great interest to NZ scientists since research began in the 1990s.

“We had shown that velvet extracts boosted immune function in cell-lines and in animals, but we didn’t know what was doing it. Velvet is a complex mixture of thousands of components, making it difficult to isolate and identify the ones that are biologically active,” he says.

But recent improvements in mass spectrometry and high-speed data processing have enabled researchers to sort through the thousands of peptides, proteins and related compounds in velvet, to find the ones with bioactive properties.

The research by AgResearch, on behalf of VARNZ, is a joint venture between DINZ and AgResearch, with support from the Korean Ginseng Corporation (KGC).

KGC is the world’s largest ginseng company, with annual sales of $US800 million, based on 200 ginseng products. In recent years, the company has developed 19 products that also contain deer velvet and in so doing has become the largest buyer of the NZ product.

The most active extract consistently stimulated high levels of activity in the natural killer cells that fight infection in an animal before the immune system starts producing antibodies. It also had good anti-inflammatory properties.

By comparing this extract with the one with the weaker response the researchers have identified several protein fragments and a peptide associated with immune activity. These may be the active ingredients or they may be markers for other bioactive compounds.