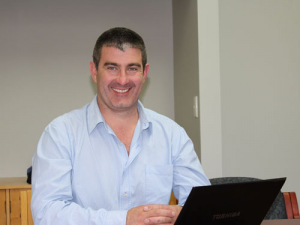 Irrigators say they are looking forward to continuing to develop a constructive and productive working relationship with the new government.

He noted that speaking to media this morning Ardern wouldn’t confirm the details of the coalition agreement but stated that NZ First leader Winston Peters had been very firm in his opposition to the water tax.

“As proposed a water tax would not be an effective way to improve rivers as the regions with the least swimmable rivers – Auckland, Northland and Waikato would receive minimal funding as they have little irrigation.”

‘IrrigationNZ carried out a survey of 120 irrigators which found that a water tax could have many unintended consequences including reducing investment in more modern irrigation equipment and systems that manage water more efficiently and reducing spending in rural communities.

Curtis says that farmers and growers around New Zealand are already investing in actions which will improve river water quality in the future – including fencing 26,000km of waterways, carrying out riparian planting and developing farm environment plans to address any issues on their property.

“Improvements to rivers will be achieved by actions taken on farms along with local communities working together with access to robust science to help them understand the issues, and find innovative solutions to specific local issues.”