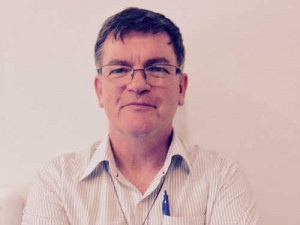 But the problems are longstanding and go beyond the pressures of a low dairy payout, he says.

Increased training measures are part of a one-off $500,000 funding boost for mental health initiatives targeted at rural communities, announced by the ministers of health and primary industries.

Increased funding is split between DairyNZ, to provide help through the Rural Support Trusts to those who work directly with farmers to recognise mental health issues, and the RHANZ, to train more health professionals, business networks and communities to tackle depression in rural communities.

Scott-Jones says improving mental health and minimising suicide risk for rural populations is a top priority for all 36 members of RHANZ.

“The funding was announced to deal with this recognised acute problem,” Scott-Jones told Rural News. “But the problem of mental health outcomes in rural communities is a longstanding one.”

He says the awareness raising is the most important initial response in this acute situation. Improving the quality of services via additional training is reasonably urgent but will be a longer term response to the problem.

“Getting people to admit they have a problem… and getting the resources to provide help is a good first step,” he says.

“But this goes way beyond the pressures of a low dairy payout. These are longstanding and ongoing issues that need a longer term response. This money is great to start that off [and is] a recognition there is a problem.

“We hope it is the beginning of something to address this gap we know about… for people living in rural communities compared to urban communities.”

“Certainly from reading the Australian literature and from contacts in Europe and American the mental health issues in rural communities are recognised internationally as significant.”

Scott-Jones says RHANZ is now talking to the Ministry of Health about specifications for the use of the fund and possible new training for rural health professionals.

He says undergraduate doctors are trained to deal with depression and anxiety for suicide prevention. Post-graduate training is available ad hoc and professionals identify the training they need and where best to access it.

“With the recognised need for mental health training in rural communities, the funding provides an opportunity to increase access to this. The training provided will be evidence based and based on tried and tested processes.”

Doctors now wanting more training would talk to their community mental health team about in-house training and external providers being brought into the district. They could also look at online training opportunities. If they wanted to go further they would consider university papers or courses.

“For me, as an example, the local community health organisation is in the nearest town which is 50km away so the in-house training happens during the day so is inaccessible to me; the university courses are long and involved and usually require [staying] in Auckland and Christchurch,” Scott-Jones explains.

“The online courses are accessible. It would also be an advantage to me to have more locally provided training on response to this level of mental health need and suicide prevention.”

The funding should make more of those opportunities available to doctors and other rural health professionals.

Scott-Jones says if people are in distress, or know of people in distress, their local GP is a great place to start seeking help.

How we react governs how we act

OPINION: From my quotes file, here is one that I have rather sadly seen lived out up close and personal, too many times to recall.