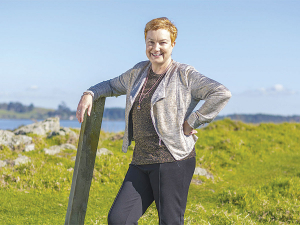 This is despite the fact that it failed to win grower support for a one-year commercial joint venture trial with China, designed to grow G3 legally in that country. Zespri estimates that there is about 4,000ha of its patented G3 being illegally grown in China after rootstock was stolen from NZ.

To get approval for the new trial, Zespri was required to get 75% support from its growers, but instead only managed 70.5%, which scuppered the trial.

Chief innovation and sustainability officer, Carol Ward, says Zespri has been concerned at the level of spread of unauthorised Gold 3 in China for some time and have been looking at ways to stop this, including discussions with Chinese officials.

Ward told Rural News that while they had a good engagement programme with growers in the lead-up to the referendum, in the end, some growers had legitimate concerns about the trial. These included fears about whether the Zespri brand could be protected, and the quality of the fruit grown in China would be up to scratch.

Ward says they are still able to do R&D in China and will be doing some monitoring and research so that they can inform themselves on the quality of the fruit that is being produced.

"We will also continue to hold discussions with the authorities in Beijing and the provinces about plant variety rights and protection. We know that in Chin they are looking at how they could strengthen their intellectual protection of plant varieties. We would like to be a part of that because we have got some common goals there," Ward adds.

NZ seds about 20% of its kiwifruti crop to China, and Ward says the illegally grown kiwifruit in that country could have repercussions for our growers. She points out that about a third of our kiwifruit is sold on the Chinese market in October, November and December - the same time as local production hits the supermarkets and competes with Zespri's kiwifruit.

"We have concerns about the impact this has on retail shelf space and retail value for our product and we will be monitoring the situation," Ward says. "In the meantime, we are not only working to build the strength of our brand position in China but also to develop our other markets for the remaining 80% of our kiwifruit through North America, Asia and Europe."

China remains an important market for Zespri and has the biggest consumption base for kiwifruit.