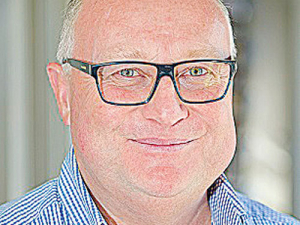 The rising fortunes of global farming are raising the demand for European-made tackle, which might signal supply problems for Kiwi farmers and contractors looking to hit the new season with new toys.

Several importers and distributors -- including Origin Agroup that imports Pottinger, Joskin and Alpego, and Power Farming Wholesale that imports and distribute McHale, Kverneland and Maschio – are advising early ordering to guarantee delivery by late August.

“European manufacturers were predicting a 3% rise in volumes for the 2018 season after a couple of stagnant years,” David Donnelly, managing director of Origin Agroup told Rural News.

“It now appears that rise will be nearer 20% and we are starting to get warnings on delivery times.”

The higher demand seems to result from a rise in commodity prices for farmers and growers, who in turn are more confident about spending on equipment.  Some manufacturers, taken by surprise, are in turn pressuring their suppliers, who are struggling to keep up with demand for, e.g. tyres, radiators and hydraulic gear.

Graeme Leigh, general manager machinery at Power Farming Wholesale, confirms supply is getting tougher. The company had to commit to firm orders on Kverneland and McHale in October 2017 to guarantee spring delivery, and there’s little chance of re-supply before the new year 2019.

This supply chain problem is further compounded by a tightening of inspections by MPI, vigilant for Mycoplasma bovis, and a blackgrass epidemic affecting many European cereal growers, resulting in more frequent and lengthy inspections of used machinery landing in NZ.

So the message is, get in early if an upgrade is on the to-do list.