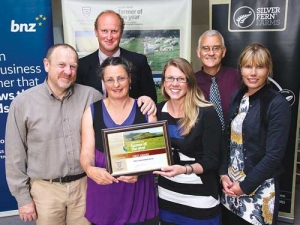 New Zealand’s largest free-farmed pig enterprise, Patoa Farms (run by the Sterne family) were winners of the 2014 SI Farmers of the Year title.

Entries representing every aspect of New Zealand farming have been received for the 2015 Lincoln University Foundation South Island Farmer of the Year award.

And for the first time a West Coast farm has entered. There are 12 South Island entries.

Lincoln University Foundation chairman Ben Todhunter says he is delighted to see strong entries for the third year in a row.

“Early in the life of this competition it was a challenge to get entries. But as the prestige of the competition has grown and word has spread about its value to entrants and the agriculture industry generally, numbers have built up.

“We deliberately aim for quality of entrants rather than quantity, so our criteria for farming excellence set a high bar. We will maintain this level of high standard entries to further enhance the reputation of the competition.”

Regional judges will shortly visit each farm; finalists will be announced mid-October and the finals will be at Lincoln University on November 18.

All entrants get a free expert evaluation of their farm business as a part of the judging. A field day at the property of the overall winner will be held early 2016.

“This annual competition is a great vehicle for that. It rewards farming leadership and innovation, and uses the finals night and winner’s field day, plus on-line presentations, to make that knowledge available to the wider farming community.”

Ashley and Shonelle Townsend, Balclutha, Otago: located near the East Otago coast on land 30-200m above sea level; a sheep farm with some beef cattle. 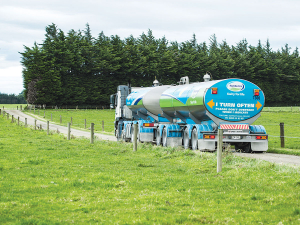