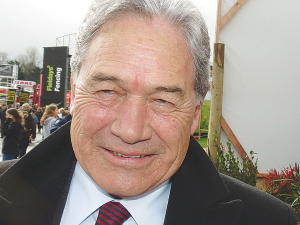 Winston Peters on the mixed reactions to the Government's Zero Carbon Bill.

The reaction to the Government’s announced climate change policy has been interesting to observe.

On one hand some environmental purists have considered that the policy doesn’t go far enough.

On the other, some agricultural sector groups, notably Federated Farmers, consider the setting of a methane target of 1% a year until 2030 too ambitious.

Any government will say that if both sides of the spectrum are unhappy with the policy then they’ve got it about right. So, too, with climate change.

Nevertheless, it is useful to point out New Zealand First’s position when negotiating with our coalition and confidence and supply partners on developing an enduring response to the challenge of our changing climate.

First off, we all have the sense that our weather patterns are disturbed. The intensity and frequency of storms create increasingly difficult challenges for both cities and the regions in terms of risk and disaster recovery. As New Zealand’s Foreign Minister I am also acutely aware of our Pacific neighbours, for example, Tuvalu and Kiribati, experiencing climate change and rising sea level as existential threats.

The last National Government presumably recognised this also by signing the country up to the Paris Agreement in 2016, thereby committing NZ to the goal of limiting global average temperature increases to 1.5° Celsius.

The status quo, therefore, was seen as untenable which is why New Zealand First sought in its coalition agreement with Labour the creation of an independent Climate Change Commission and the introduction of a (net) Zero Carbon Bill. We were pleased that the commitments made by Labour were honoured this week.

From the outset of the climate change negotiation New Zealand First had the interests of the agriculture sector at heart. We wanted to provide as much certainty to the agricultural sector as possible, so ensured that:

• The Climate Change Commission would not have the statutory independence of the Reserve Bank.

• NZ’s unique methane profile was acknowledged by splitting carbon dioxide and methane gases in the policy.

• Setting a methane target of a 10% reduction from 2020 to 2030 would provide certainty for the agriculture sector as it transitions to a low emissions future.

We listened carefully to the many thoughtful members of the agricultural sector and these discussions helped inform the position we took in negotiations.

We also paid close attention to the raft of officials’ advice and the effective bovine-induced biogenic methane target, if projected out to 2050, of 26.7% landing squarely inside the consensus of multi-agency advice we received.

While the response has been mixed to the Government’s climate change announcement, some of the rhetoric of agricultural sector leaders has been dangerously over the top.

New Zealand First never lost sight of the fact that NZ’s contribution to global warming is a paltry 0.17%. While brand NZ is most certainly enhanced by our setting ambitious climate change targets -- and we firmly believe the country needs to exhibit leadership and do its share to try and limit global temperature increases -- we’ve struck a balance that allows for a managed and predictable transition.

To this end, New Zealand First is committed to assisting the agricultural sector through that transition with hugely discounted emissions costs, better tools and knowledge to help them manage emissions and other environmental factors, plus increased investment in R&D on ways to reduce emissions.

When in Opposition, ‘Winston First’ used to enjoy standing on the sidelines criticising the sale of New Zealand companies to Chinese interests.

Winston Peters says New Zealand and Ireland have much to gain by joining forces to pool knowledge, expertise and global connections.

The internet is awash with farmers furious at Winston Peters’ decision to back a New Zealand First/Labour coalition.

A farmer leader wants the incoming government to can Labour’s proposed water tax.