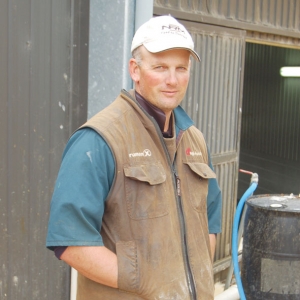 Farmers don't want weaker environmental policies. Ten years ago we were fair game for the ‘dirty dairying’ remarks by Fish & Game, today not so much.

Environmental compliance and reducing farming’s impact is now an everyday part of a dairy farmer’s business.  We know there are a few ratbags out there – every industry has them – but while some regional councils try to clean up the tail-end of our industry they overlook their cousins in their own backyards.

Many New Zealand towns have serious waste water compliance issues often resulting in significant breaches of their effluent discharge consents. The frustration and concern grows out of serious inconsistencies in how a regional council will respond and it appears to depend on who the consent holder is.

Farmers have spent hundreds of millions on cleaning-up and improving systems; a lot of this is overdue, we know that, but are urban people ready to spend the same amount and watch their rates double?

Interpretation of the Resource Management Act was left to the country’s 87 regional and district councils. The causes and effects are very different in each region and district, so council staff rule on each situation as they go, resulting in a lack of consistency across the country and in how individual councils handle situations. Once again the minister agrees: “The core problem is that we have different rules for thousands of different types of activities across 164 regional and district plans, requiring too many consents per year.”

You could relate this to Auckland properties, where the cost of compliance has risen in some areas but not in others; it all appears to be ad hoc.

To better enable farmers to achieve good environmental outcomes we need better rules, less red tape and a more constructive, less process-focused approach by bureaucrats. Farmers are willing to spend money, and they’re spending it, but a bit more certainty would give them even more confidence and result in more buy-in by primary producers.

Even the minister concedes that the prevailing system is making it hard for us all to excel. Why do we make it so?

The average person simply wants fair rules for all.  Accusatory finger pointing that seeks to deflect responsibility is not helpful. Ultimately all New Zealand loses out if farming is singled out as a problem child, and officialdom persists in turning a blind eye to commensurate urban compliance issues. We need an even-handed evidence-based approach to environmental regulation that is inclusive of all New Zealand, not a blame-and-shame crackdown on an industry perceived as an easy target.

We need to find ways to reduce environmental policy red tape and improve the business friendliness of bureaucratic procedures. The dairy industry has come ahead leaps and bounds in environmental performance and does not deserve to be pilloried as in recent years.

Not all farmers are bad, and the hundreds of millions invested by them is not to be sniffed at.