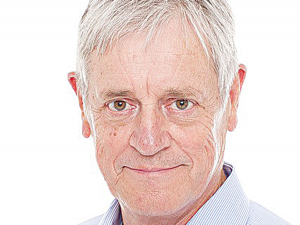 We only need to modify this slightly to make it relevant to a current issue: It is a poor Overseer that cannot carry a job. I am of course lamenting the apparent death of Overseer, the decision support model which the regional councils embraced with alacrity to manage nitrogen leaching from farms to waterways.

We are now told by a group of independent scientists that Overseer is: a) not fit for purpose, meaning it should not be used in a regulatory setting, and further and more worrying, b) it is not fit for anything much, including the most basic function it was developed to do - calculating the approximate rate of N leaching from a given farm.

I am not surprised by the former conclusion. I have been warning anyone who would listen about this reality. Given the errors inherent in its use, it was inevitable, in my view, that sooner or later farmers would be arguing with regional councils, and most likely in the law courts, about the 'true' rate (the quantitative amount) for nitrogen leaching from their farms.

The stakes were high because the way things were shaping, a farm could be deemed non-compliant on the basis of the predicted Overseer N leaching rate. That possibility it appears is now dead - thank goodness.

Personally, I was happy for Overseer to be used for the function it was designed for - to undertake what-if analysis on given farm to understand the effects of different farm management practices impacts on nitrate leaching. In this setting, a qualitative answer only was required to understand the trends over time.

However, the reviewers do not see it that way. They say that the modelling approach used in Overseer is irreparably flawed and that other approaches to this vexed issue must be examined.

This of course has put the regional councils, whom the Government relies on to deliver on water quality policies, between a rock and a very hard place. Indeed, the Government is so concerned that it has put out its own 35-page report outlining how it will respond to the review's conclusions.

They propose to investigate, over the next 12 months, four options to replace Overseer: developing a new risk assessment tool; develop a new generation Overseer; introducing controls on inputs and practices - and developing a new approaching to modelling.

I fear that the Government will take this opportunity to introduce controls on inputs and practices. Why? Because it is easy and does not cost too much in time and resources to implement. In addition, they have already started down this road with little fuss from farmers.

Remember the recently imposed 190 kg N/ha/yr limit on N fertiliser? Why not 100 kg N/ha? Why not ban N fertiliser altogether, as some on the green fringe have been advocating? Why not limit stocking rates? After all, it is a main driver of N leaching. Mike Joy would be vindicated, at last!

Such policies would be very popular politically with the urban green fringe - those folks who buy into the Dirty Dairying movement and believe farmers and, in particular, dairy farmers, have had it too good for too long.

Bear in mind also that this is the approach adopted in many developed countries to manage N leaching.

This approach was seen as allowing farmers maximum flexibility to operate their farm within output limits. This was the philosophical basis for a tool like Overseer. Alas, despite about 20 years of effort, science has failed to deliver a tool fit for this purpose and its failure has delivered the pastoral sector the possibility of dictatorial input controls on the farming sector.

This is a tragedy for science and for the pastoral farming sector.