Will the crabs scatter or cozy up? 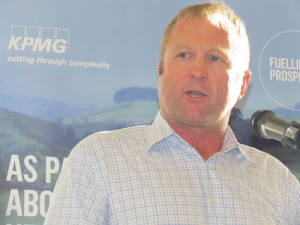 The voters have spoken – twice!

Political upheaval in Europe and the US has made the world a much more complicated place to do business.

The UK’s decision to leave Europe and the election of Donald Trump as incoming president of the US has striking similarities, with consequences that will impact New Zealand for many years.

No one should doubt this movement for nationalism, against retaining the status quo. The Brexit referendum and the US election defied the pollsters and pundits, and gave a poke in the eye to the ‘establishment’.

The Trump catch-phrase ‘Make America great again’ could equally have applied to the advocates of ‘Brexit’ seeking to regain control over migration and the bloated EU bureaucracy. In many other countries there are similar sentiments.

The big question is, what does this mean for NZ in its reliance on earning its living via world trade?

Firstly, we need to see how much of the rhetoric will be acted upon. The US is the world’s second-largest exporter after China, so it is inconceivable the US will retreat into its shell and erect barriers that would effectively force it into domestic-only trade. The fast-growing middle class in the emerging nations are prizes the business interests in the US and the UK want to grasp.

In the immediate future, legislation required to pass the Trans Pacific Partnership (TPP) in the ‘lame duck’ session in the US seems dead in the water. And it seems likely that the two years required for all 12 TPP signatory countries to ratify TPP will not see out the course. NZ wants the US in TPP, but a US decision to withdraw or the other 11 members pursuing other options seems obvious.

Suggestions of a renegotiation of some aspects of TPP to appease president-elect Trump raise several complications. No members of TPP obtained everything they wanted in the long, drawn-out negotiations. TPP is like 12 crabs under a rock: it took seven years to coerce all members under the rock, and if one party decides to lift the rock up and renegotiate the terms it is likely all the crabs will scatter.

The most obvious way forward appears to be either concluding TPP minus the US, or seeing it evolve into a broader deal among APEC member countries led by China. Whichever option is pursued, a US withdrawal from TPP would effectively be a withdrawal from Asia-Pacific. Even Russia has gleefully stepped into the breach alongside China to champion other options.

Meanwhile, the path forward for business with Europe and the UK following Brexit needs to be dealt with in two parts. Expectations are high that Europe will continue to progress plans towards a new trade and economic agreement with NZ. Resolutions required to begin negotiations should be passed early next year.

The shape of NZ’s relationship with the UK post-Brexit is less clear. Proceedings to divorce the UK from the other 27 EU member countries will begin early in 2017.

The first priority will be to determine the future trade, economic and people-to-people relationships between Europe and the UK. Third party relationships such as the one with NZ will take longer to work through – probebly several years.

The political challenges of improving market access for NZ exporters have always been difficult. Political changes in the US and the vote by the UK to leave Europe are speed bumps rather than roadblocks in the world of trade.

NZ hasn’t lost markets as the dust settles after change, but there is a lot of hard work ahead of us to retain our relevance in a more inward looking world. Value chains are increasingly global and food insecurity remains a fundamental concern.

The hard work starts now and NZ has a crucial leadership role to play in articulating the benefits of a more outward looking, integrated world.