Another huge accolade for Villa Maria 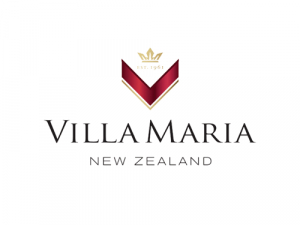 For the third time in as many years, Villa Maria has made it onto the Drinks International’s World’s Most Admired Wine Brands list.

And not just anywhere on the list, but at number four, behind only Torres, Penfolds and Chateau Margaux. It was 2015 when Villa Maria first appeared on the list, in the fourth position. Last year the company was named the eighth most admired, and this year is back into fourth.

The editor of Drinks International Christian Davis said, “Villa Maria remains New Zealand’s most respected wine producer. It is up there with the best of them – rightly so.”

In total five New Zealand companies made the Top 50, as judged by 200 Masters of Wine, sommeliers, journalists and bloggers. Felton Road came in at 13, Cloudy Bay at 24, Brancott Estate at 42 and Oyster Bay at 46.

Vintage 2018 was a perfect storm for Villa Maria in Hawke’s Bay, with autumn rain forcing harvest, while cellar hands dodged teams of tradespeople.

The wine industry was never Stuart Dudley’s first career choice. The viticulturist for Villa Maria Wines in Marlborough had his mindset on research or forensics, having completed a degree in Genetics and Biochemistry.

After a couple of years when large tracts of New Zealand have been hit by tropical cyclones prior to harvest, 2019 provided a Panadol for grape growers and winemakers throughout the country.

For the first time ever a New Zealand wine brand has been included in the top three Most Admired Wine Brands in the World, taking out the third spot.